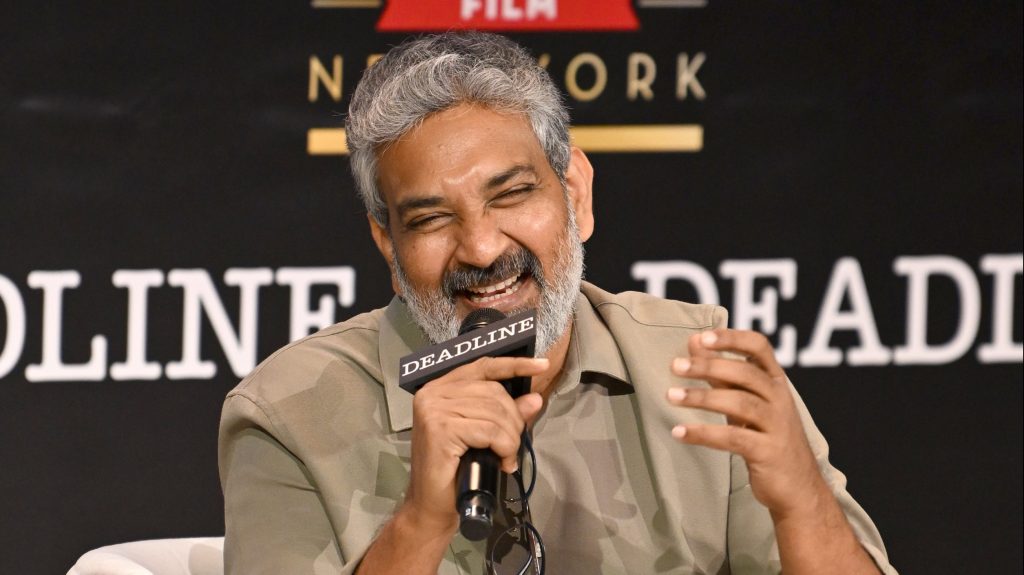 RRR filmmaker S.S. Rajamouli made his epic for an Indian audience, but he has been gobsmacked by the global resonance of the film, which has racked up more than $132 million worldwide while ranking as India’s third highest-grossing movie of all time. RRR has made more than $11M in the U.S. since opening to a huge $9.5M in March at 1,200 theaters via Variance Films.

The film charts a fictitious story about two legendary revolutionaries and their journey away from home before they started fighting for their country in the 1920s.

“We started getting the representation on social media,” Rajamouli said during a panel at Deadline’s Contenders Film: New York event. “Then the critics started liking it, and then the viewers started talking about it.”

The Telugu-language action epic starring Ram Charan and N.T. Rama Rao Jr. is the only non-English-language film to trend globally for 10 consecutive weeks on Netflix. “It has never happened with any other film,” said Rajamouli. “I’m still trying to figure it out.”

In regards to the story hitting directly with its homeland audience across all groups, the director says “everyone knows about them,” referring to the Indian Freedom Fighters at the center of the film.

Key in RRR is the music, which the director and co-writer credits as “the emotional flow.”

Rajamouli also credits the influence of other Indian epics, as well as “a lot of inspiration from western movies. The biggest inspiration for me is Mel Gibson’s Braveheart. I like that film a lot. The way he enhances the drama before the action is a big influence on me.”

Rajamouli next will direct an untitled feature starring Mahesh Babu, with production set to start in the spring.