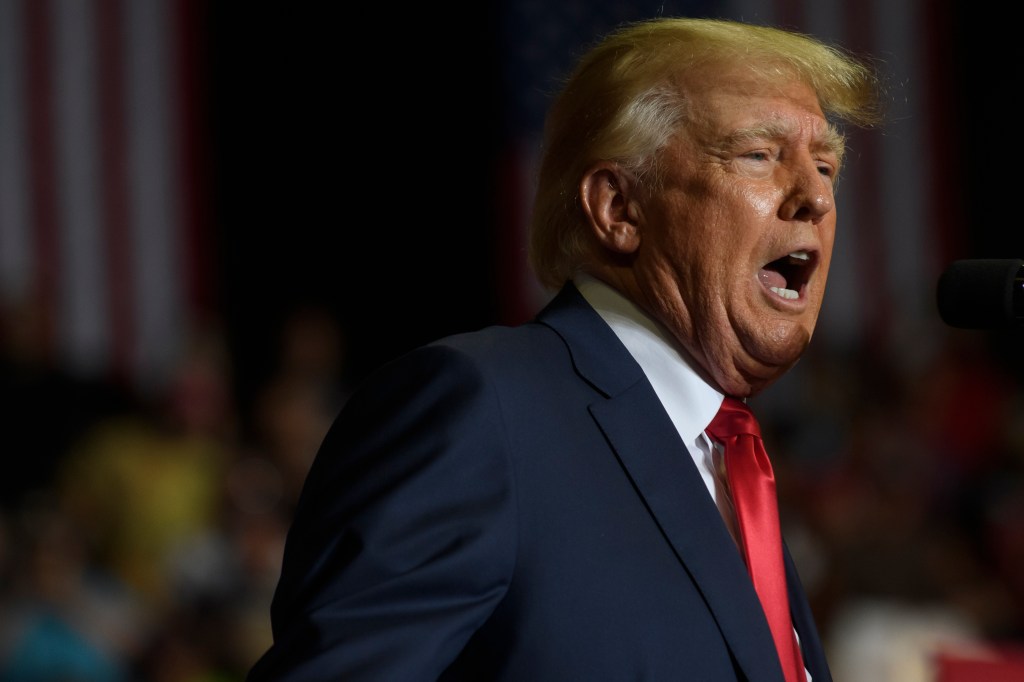 Donald Trump may have his accounts reinstated on Facebook next year following a review of the company’s decision to suspend him, a top executive for parent Meta Platforms said on Thursday.

Nick Clegg, president of global affairs for Meta, said at an event in Washington, D.C. that the company would consult with experts and weigh the impact. He made the comments at an event for Semafor, the upcoming media startup.

“When you make a decision that affects the public realm, you need to act with great caution. You shouldn’t throw your weight about,” Clegg told Semafor’s Steve Clemons.

Facebook banned Trump from the platform indefinitely following the attack on the Capitol on Jan. 6, 2021. Facebook’s Oversight Board later said that it was “not appropriate” of the company to suspend Trump without a fixed time frame, and instructed Facebook to review the decision “and respond in a way that is clear and proportionate,” Clegg wrote at the time. Facebook then suspended Trump for a period of two years, lasting until Jan. 7. Clegg said that Facebook would “evaluate external factors, including instances of violence, restrictions on peaceful assembly and other markers of civil unrest.”

Following the January 6 siege on the Capitol, Trump also was banned from other platforms including YouTube and Twitter. Elon Musk had suggested that he would reinstate the former president if he acquired Twitter, but that transaction is now mired in litigation. Musk had sought to back out of the deal. YouTube’s CEO has said that it would lift the ban if the risk of “incitement to violence” recedes.

“If we think there is is content on our platform which will lead to real-world harm, physical harm, then we feel we have a clear responsibility to act against it,” Clegg said at the Semafor event.