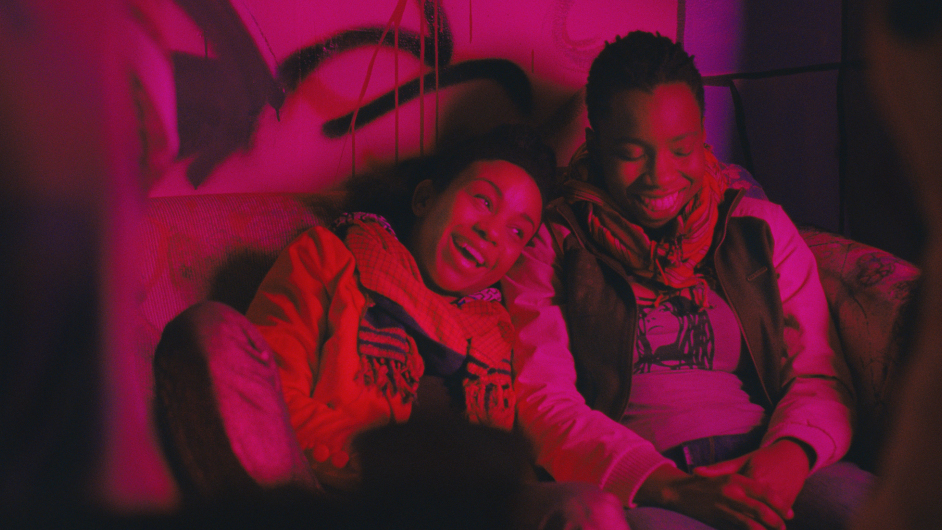 Metrograph is set to host a retrospective exploring filmic representations of the crucial queer space that is the lesbian bar. Fiction and documentary titles from the 1950s to the 2010s feature among the lineup.

Curated by 4Columns film editor Melissa Anderson, the series, playfully titled “Muff Dives: The Dyke Bar in Cinema,” will be playing at the New York city theater, with a couple of the films also available to watch at home. Among the titles are Dee Rees’ debut feature “Pariah,” and a restoration of 1970s Dutch pic “A Woman Like Eve” from director Nouchka van Brakel.

Notably, the series marks the first ever theatrical run of Leilah Weinraub’s widely celebrated 2018 doc “Shakedown”, which centers on a Black lesbian strip club in Los Angeles. The film was a former Women and Hollywood Under the Radar pick.

Explaining the program’s focus and its importance, Anderson said, “This retrospective is devoted to films that immerse viewers, if only for a scene or two, in social spaces that are now perilously close to extinction: nightspots catering to queer women. Some of these movies were shot, however briefly, in situ in actual legendary lez bars (all of which are now shuttered); others in wholly fabricated lavender boîtes. Whether real or fictional, these clubs abound with promise, unpredictability, lust, and heartache — the inevitable result of bodies mingling, dancing, flirting, and more in close quarters.”

The series begins June 17 and will continue through the month.

Visit the Metrograph website for more info about the films and to book tickets.