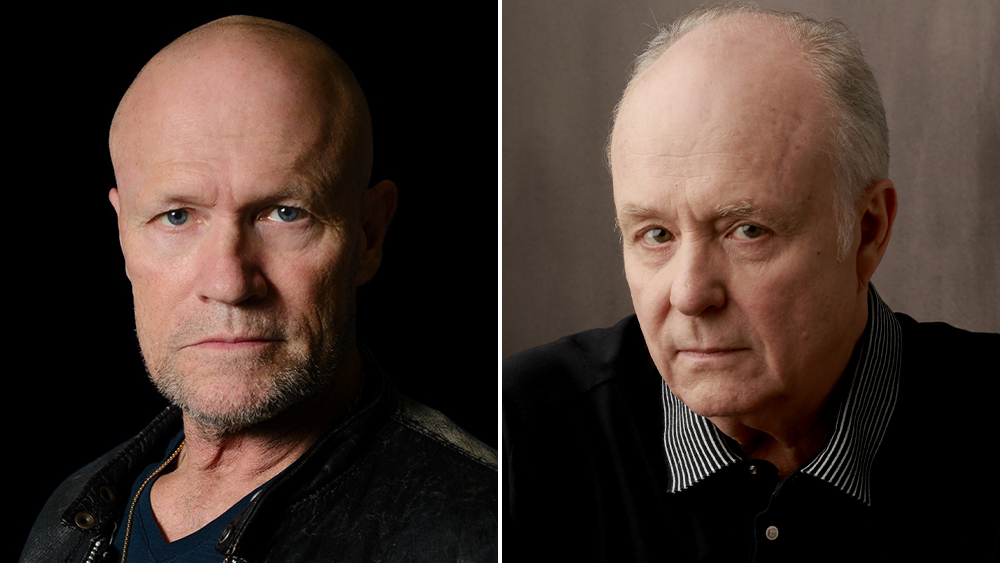 EXCLUSIVE: Michael Rooker is reteaming with his Henry: Portrait of a Serial Killer director John McNaughton for the first time in nearly four decades on a new film titled Road Rage, which is intended to be the first in a series.

The film in the vein of Dexter and the great avenger films of the ’70s will center on a serial killer who only kills those who deserve to die—presenting a modern hero who is a bad guy gone good, protecting the innocent and punishing the guilty. Tim Perell will produce the vigilante thriller through his banner, Process Media. In addition to the film, Process Media will partner with the BAFTA-nominated entertainment studio iNK Stories, to develop a Road Rage video game—providing an interactive experience in which audiences can participate in the expanded story world.

“I’d wanted to work with Michael Rooker again since, Henry: Portrait of a Serial Killer, but we never got the chance. Finally, I wrote a story that took the genre in a whole new direction,” said McNaughton. “Michael Rooker as Stony; he drives a truck… and kills people. Stony is the ultimate serial killer… with a twist, and he’s going home now after twenty years to settle a score from the past.”

Rooker and Naughton’s career-launching 1986 film, Henry: Portrait of a Serial Killer, followed Henry (Rooker), who upon arriving in Chicago, moved in with ex-con acquaintance Otis (Tom Towles) and started schooling him in the ways of the serial killer. Naughton cowrote and directed the pic, which proved a huge crossover hit with genre fans, as well as the art house crowd, winning top awards at both the Sitges and Brussels International Film Festivals and securing six noms at the 1991 Independent Spirit Award, including two which recognized McNaughton and Rooker individually. Time Magazine and Roger Ebert both named Henry one of the top ten films of the year.

“With Road Rage, John McNaughton and Michael Rooker aim once again to create a transgressive and shocking film that will exist at the cutting edge of art and genre,” said Perell. “As Henry was ahead of its time, so Road Rage will be ahead of this time; both a disturbing and exhilarating reflection of contemporary American culture.”

Navid Khonsari and Vassiliki Khonsari, cofounders of iNK Stories added, “We are excited to work with John and Tim on developing a genre-bending game, with a feminist perspective on the American phenomenon of a serial killer.”

Rooker kicked off a storied career spanning five decades with Henry: Portrait of a Serial Killer, and is currently known around the world for his role of Yondu in the Guardians of the Galaxy series, Merle on The Walking Dead, and roles in Suicide Squad and F9.

The recipient of an Independent Spirit Award for producing, Perell has been making films for four decades, and for the past several years has taught film at Johns Hopkins University. Upcoming releases include Shari Springer Berman and Robert Pulcini’s Party of the Century and several titles still under wraps. Past projects include John Cameron Mitchell’s Cannes sensation Shortbus, Last Chance Harvey starring Dustin Hoffman and Emma Thompson, Bobcat Goldthwait’s World’s Greatest Dad starring Robin Williams, and five films with director Bart Freundlich including Trust the Man and Wolves.

Known for its pedigree in creating award winning AAA and indie game experiences across platforms, iNK Stories was founded by Rockstar Games alum Navid Khonsari, who established the look and feel for such major game franchises as GTA, Red Dead, and Max Payne. iNK’s narrative original titles—1979 Revolution, Blindfold, Fire Escape and Hero—have captured the industry’s top honors, widespread critical acclaim, and global commercial success. The company has also forged collaborations with the likes of Capcom, Microsoft, Paramount, and Google to produce indies and industry blockbusters like Alan Wake, Homefront, and Resident Evil 7, among others.

Rooker is represented by Gersh and Link Entertainment; McNaughton by Gersh.