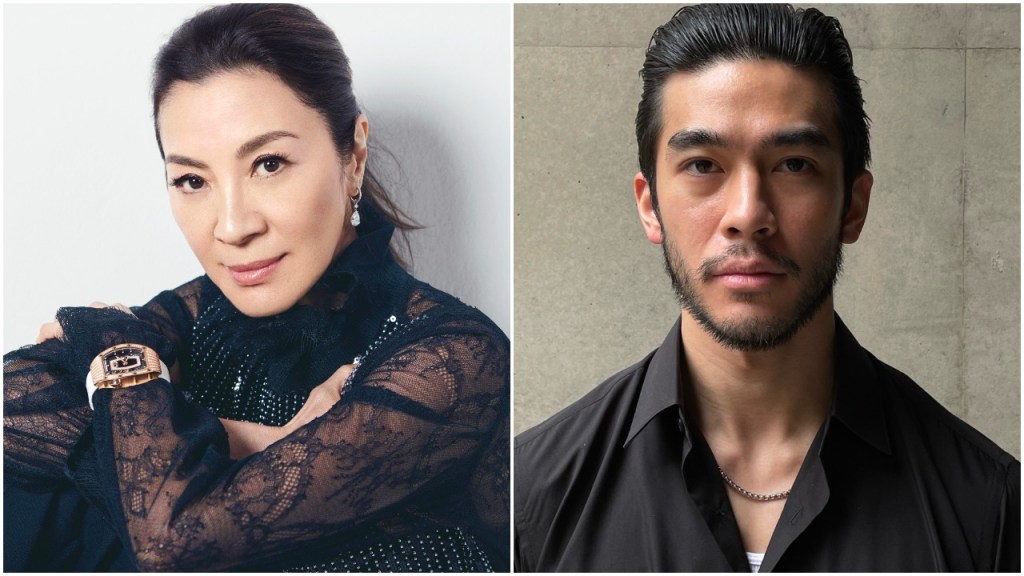 Netflix’s The Brothers Sun has found its leads.

Michelle Yeoh and Justin Chien will lead the series, which is set in the world of Taipei gangsters, and comes from American Horror Story co-creator Brad Falchuk and Byron Wu.

Yeoh, who stars in Paramount+’s Star Trek series franchise as well as films such as Everything Everywhere All at Once and Crazy Rich Asians, plays Mama Sun, while Chien, best known for Snapchat series Two Sides: Unfaithful, stars as Charles Sun.

The Brothers Sun follows a Taipei gangster, Charles Sun, who’s settled into his life as a ruthless killer. But when his father is shot by a mysterious assassin, Charles must go to L.A. to protect his mother and utterly unaware younger brother Bruce.

Yeoh’s Mama Sun is described as shrewd and observant, having built a new life for herself and her son in Los Angeles far from her past in Taiwan, while Chien’s Charles Sun grew up the elder son of a crime boss, groomed to be a hardened criminal.  He goes to Los Angeles to protect his mother and younger brother but finds himself torn between the life he’s been raised in and the life he could make for himself.

Better Call Saul’s Sam Song Li plays Bruce Sun, who came to the U.S., as a kid with little memory of Taipei and no idea of his family’s past. When his infamous and respected brother shows up on his doorstep, Bruce is thrown into a world that he is vastly unprepared for.

Fear The Night’s Highdee Kuan plays Alexis, driven and ambitious, having grown up with a  strong sense of justice and work ethic which resulted in her becoming an assistant DA.

Joon Lee (Neh, Dated) will play TK, an aspiring gangster and Bruce’s best friend since childhood. He wishes he was tough, loyal, and smart – but he isn’t. But that doesn’t stop him from trying.

The eight-part series will be set in L.A. and Taiwan and will feature and all-Asian writers room with plans for an all-Asian cast.

Brad Falchuk, who signed an eight-figure overall deal at the streamer in 2019 via his Brad Falchuk Teley-vision banner, will serve as showrunner and exec producer. Co-creator Wu, who is making his producing debut with the series, will write and exec produce.

Previous articleUN Urges WTO Not To Impose Food Export Restrictions Amid Crisis
Next articleProperty Rights Can’t Be Denied To Son Of Couple Who Lived Together: Supreme Court
LocalTakSabse Tez