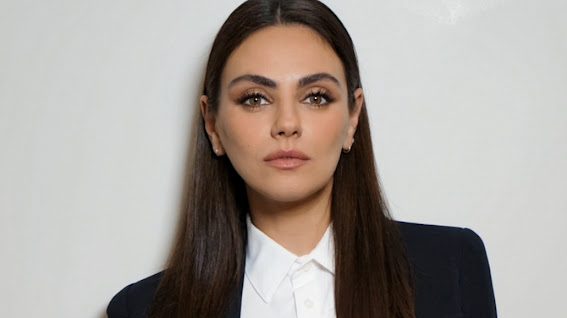 EXCLUSIVE: Mila Kunis has partnered with superhero creator Sharad Devarajan of Graphic India to launch Armored Kingdom Media Inc.—a new entertainment franchise spanning a Web3 trading card game, digital comics, animation and film, which will be built on the carbon-neutral, community-driven blockchain, NEAR. To commemorate the launch of the sci-fi/fantasy franchise, a limited-edition Issue #0 comic book NFT will be made available for free, for seven days only, at this link.

Armored Kingdom chronicles the medieval dynasties of Armoria, a world named after a powerful and mysterious metal, Armorite. No one has been able to mine Armorite—no one since the Ancestors, a vanished dynasty who used it to forge magical weapons now scattered across the lands. Each of these weapons has the ability to change the balance of power among the warring dynasties, which include humans; the jungle dwelling creatures of the Kingdom of the Horn; the amphibious Costraca; and the Warri, a society of secretive assassins.

Armored Kingdom‘s comics and games championed by Kunis—an avid TCG/MMO gamer, who has previously launched a number of projects in the Web3 animation space. Kunis and Devarajan founded the franchise with Lindsey McInerney and Lisa Sterbakov, as well as Hugh Sterbakov and writer/game designer Brian Turner. A five-issue series of both digital and physical comics will be the first asset launched in the collection, bringing people inside the world of Armored Kingdom and setting the stage for the digital card game launching later this year.

“The mythology of Armored Kingdom chronicled in the digital comics will be further explored in the trading card game, which will be phase two for the franchise,” said McInerney. “Carefully marrying the narrative and gameplay, and using both to further explore the world, will keep the storyline evergreen and ever-developing – and above all else, fun.”

“I lost a good part of my youth to gaming, from World of WarCraft to Settlers of Catan,” said Kunis. “The moment I dove into Web3, I  saw the opportunity to create an immersive universe where blockchain technology deepens the gaming experience and makes it more personal and immersive for every fan. Armored Kingdom will allow gamers to relate to their characters and gear in a revolutionary way, and we can’t wait to share more of that with you very soon.”

“This is a dream project for us,” added Devarajan. “Armored Kingdom has all the elements of a great fantasy meets sci-fi story that will take a global audience into a place of wonder. This new storytelling experience will push Web3 technology further than ever before, so we’ve turned to NEAR to help us make it a reality. Their expertise with community management, championing of the creative sector, and its carbon-neutral-user-friendly development platform won us over.”

Marieke Flament, CEO of the NEAR Foundation, the Swiss non-profit that oversees the governance and development of the NEAR protocol, said in closing: “We are excited to support the launch of Armored Kingdom and the storytelling opportunities it will bring to fans. NEAR is a perfect blockchain for an entertainment franchise as it can support various platforms, which is crucial for multiverse experiences across different mediums. Our focus on ease of use also allows developers to deliver intuitive experiences for a large fan base.”

Kunis is an actress, producer and Web3 innovator known for her turns in projects ranging from That ’70s Show to Forgetting Sarah Marshall and Black Swan, who will next be seen in Mike Barker’s Netflix drama Luckiest Girl Alive, as well as the streamer’s series That ’90s Show.

Graphic India is a leading character entertainment company focused on creating superheroes, comics and stories through mobile and digital platforms. Led by media entrepreneur Devarajan, Graphic has produced over 200 animated episodes and over 300 comics and graphic novels and is also developing over a dozen live action film and TV projects across Hollywood and Bollywood. The company’s mission is to create new enduring stories and heroes that connect global audiences and ideas through the power of story. Graphic India is owned by U.S. comic book Company, Liquid Comics, Start Media and CA Media, the Asian investment arm of The Chernin Group.