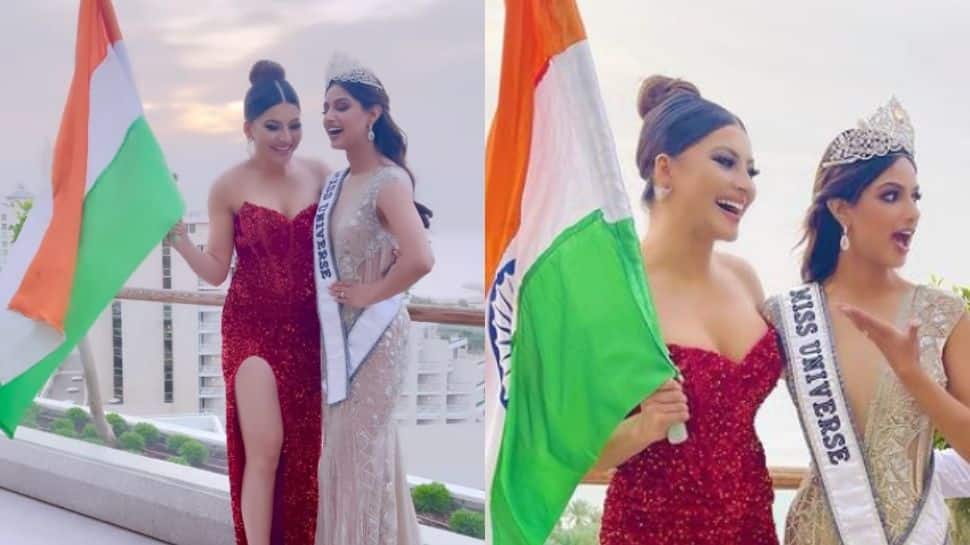 Eilat: Actor and model Urvashi Rautela, a jury member at the 70th edition of Miss Universe, congratulated the winner Harnaaz Sandhu who brought the crown home after 21 years.

Taking to her Instagram handle on Monday, Urvashi posted a reel in which she can be seen posing with the newly crowned Miss Universe, smiling and feeling proud of the victory. She could also be seen holding the Tricolour in her hand.

Urvashi, who represented India at the Miss Universe 2015 pageant, wrote, “#MISSUNIVERSE WE DID IT INDIA. VOHOOOO #PostWin.”Harnaaz could be seen wearing a Champagne-coloured gown, and Urvashi picked a long red dress with a slit.

Before Harnaaz, only two Indian divas have bagged the title of Miss Universe — Sushmita Sen in 1994 and Lara Dutta in 2000.

The 70th edition of the fashion event was held in Eilat, Israel, where Harnaaz, 21, bagged the coveted pageant. While Paraguay`s Nadia Ferreira was crowned as the second runner-up, South Africa`s Lalela Mswane was the third runner-up.

She will also star in Punjabi films like ‘Yaara Diyan Poo Baran’ and ‘Bai Ji Kuttange’.