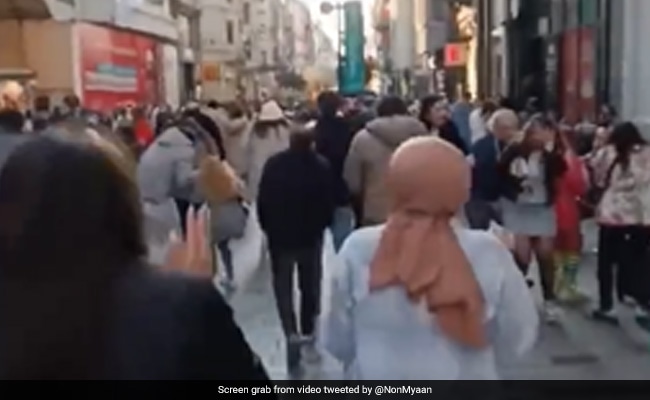 The incident took place on Istiklal street in Turkey’s Istanbul.

A loud explosion was heard on a busy shopping street in Turkey’s Istanbul leaving six dead and several injured on Sunday.

A video has surfaced on Twitter that shows the moment when the explosion occurred. In the footage, many people are seen walking on the famous Istiklal shopping street. A few seconds later, a loud bang was heard from far away, with flames erupting after the explosion.

In another video, the police and emergency services could be seen deployed and evacuating the area.

“After the explosion, there was black smoke and the noise was so strong that it was almost deafening,” an eyewitness told the news agency AFP.

The cause of the explosion, which took place at 6:30 pm IST, is still unknown. The shopping street is popular with tourists and locals.

The Istiklal avenue was affected during a series of attacks targeting Istanbul in 2015-2016, which was claimed by the terror group Islamic State. The attacks killed nearly 500 people and over 2,000 were injured.

With inputs from news agency AFP

NDTV’s Saurabh Shukla Gets Award For Report On Hate Speeches