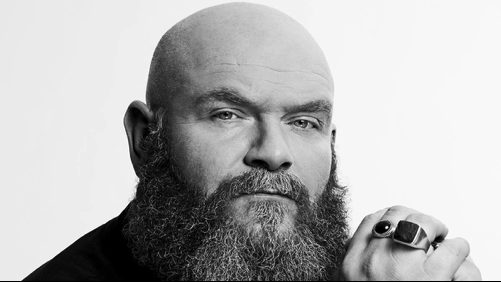 Created by Álex Pina, the critically acclaimed series known internationally as La casa de papel is one of Netflix’s most-watched of all time, with a Korean offshoot currently airing and a spinoff titled Berlin in the works. The show watches as an unusual group of robbers attempt to carry out the most perfect robbery in Spanish history—stealing 2.4 billion euros from the Royal Mint of Spain. Perić’s character Helsinki is one of the eight people recruited by the enigmatic figure known as “The Professor” (Álvaro Morte) to pull the job off.

Perić has also starred in projects including Fernando León de Aranoa’s A Perfect Day alongside Benicio Del Toro, Tim Robbins and Olga Kurylenko, Creamatorio for Canal+ and Mar de plástico for Spain’s Antena 3 Televisión, which had him playeing the main antagonist. He began work on Money Heist in 2017 and went on to star in all five seasons. The avid basketball fan also serves as the narrator of Amazon Prime Video’s new Euroleague Basketball Originals docuseries, Back to Basketball.

Also recently signed by the company was Filippo Scotti, the Italian actor known for his critically acclaimed breakout role in the Paolo Sorrentino film The Hand of God.