Mouse With Covid Bit Scientist At Lab. What Happened Next 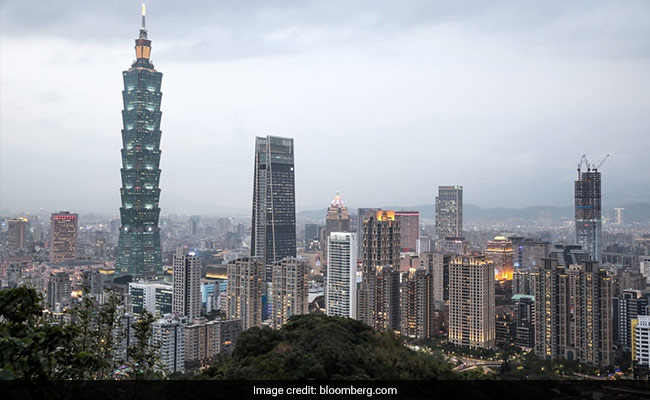 Taiwan has reported just over 14,500 domestic cases of Covid-19.

A mouse bite is at the center of an investigation into a possible new Covid-19 outbreak in Taiwan, after a worker at a high-security laboratory was confirmed as the island’s first local case in more than a month.

The lab worker, a woman in her 20s, tested positive for Covid this week after coming into contact with the virus during her work at Academia Sinica, Taiwan’s top research institute, in mid-November, Health Minister Chen Shih-chung said at a quickly organized briefing Thursday evening. She had not traveled abroad recently and had received two doses of Moderna Inc.’s vaccine.

At the same briefing, another senior virus official confirmed local media reports that she had been bitten by a laboratory mouse infected with Covid, but said further investigation was need to determine whether the bite had been the source of the virus’s transmission. Taiwanese authorities believe she is likely infected with the delta variant.

The lab leak threatens to undo Taiwan’s hard-won success in stamping out Covid outbreaks, and underscores the difficulty of eliminating the pathogen, a goal some places — including mainland China and Hong Kong — are still aiming for.

Do We Know How Well Booster Shots Work vs. Omicron? Not Really

Before Thursday’s infection, Taiwan’s last confirmed local case was on Nov. 5. While maintaining tough entry and quarantine measures at the border, the government has gradually eased restrictions on businesses and entertainment over the past few months, and domestic activity has largely normalized.

Taiwan has reported just over 14,500 domestic cases of Covid-19 and 848 deaths since the beginning of the pandemic.

Health authorities have identified 94 people who came into contact with the lab worker since she was infected — mainly colleagues and close friends — and placed them in quarantine. Eighty of them have since tested negative, and she resigned from her job earlier this month.

The woman worked at Academica Sinica’s Genomic Research Center, which has one of 18 Biosafety Level-3 laboratories in Taiwan, the second-highest security rating. Research conducted at the lab included collecting and propagating pathogens, cell-based microbiological and immunological tests, and evaluating the efficacy of vaccines and adjuvants in small animal models, according to its website.

The risk of animals spreading Covid to people is considered low based on available information, according to the U.S. Centers for Disease Control and Prevention, which has said further studies are needed to understand if and how different animals could be impacted by the virus. Though rare, some coronaviruses that infect animals can spread to people before transmitting via human-to-human contact, the CDC said — like what happened with SARS-CoV-2, it added, which likely originated in bats.

Since the pandemic started, there is no evidence that animals have played a significant role in spreading Covid, said the CDC.

A scientist at the University of North Carolina at Chapel Hill was bitten by a mouse last year, causing potential exposure to a strain of the virus that causes Covid-19 that had been adapted for growth in mice, according to reporting from media outlet ProPublica. While the bite didn’t break the skin, the scientist underwent 14 days of home quarantine and no further information about their health was included in incident reports, ProPublica said.