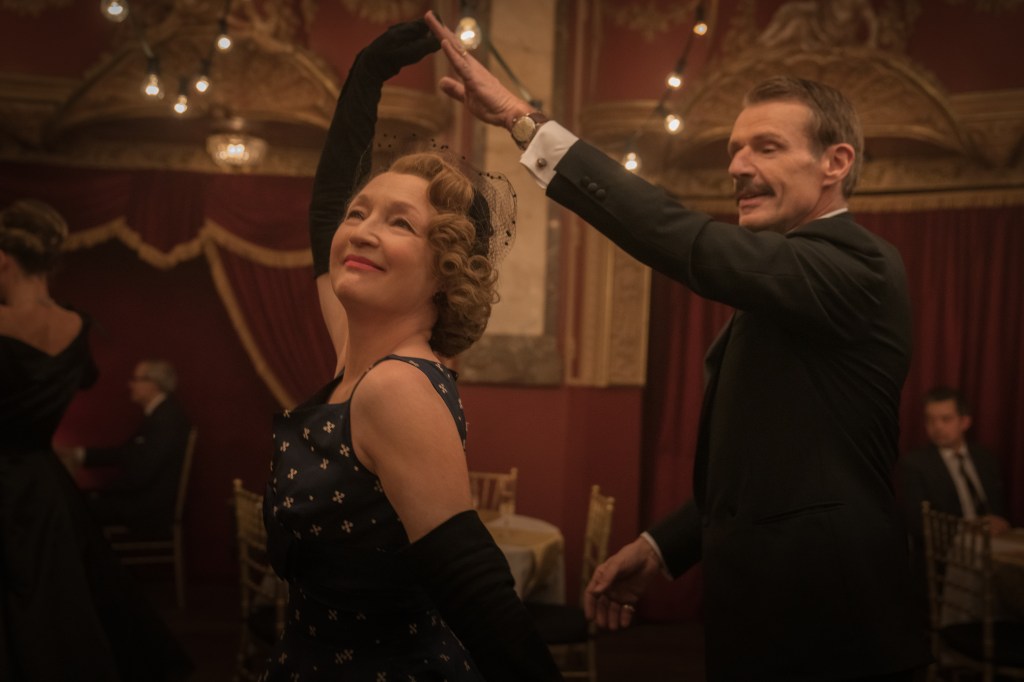 Mrs. Harris Goes To Paris grossed $1.35 million in week two with a mix of arthouse and commercial theaters among top ten locations and a nice hold from opening weekend (-31%). Cume to date is $4.65 million for the film starring Leslie Manville as a British housekeeper who dreams of owning a Christian Dior gown. It was no. 10 in North America in 1,001 theaters.

Cinemas like the Plaza Frontenac in St. Louis, Avalon Twin in Washington, D.C., and Camelview in Phoenix joined commercial venues in the top ten. Ticket sales in week two expanded outside the coasts. Demos were similar, with a hefty 44% over 55, and 71% female.

“The biggest takeaway is that we are starting to get older audiences back into theaters,” said Lisa Bunnell, distribution president of Focus Features. And, “The top ten this weekend was a good mix of commercial and specialty theaters that we don’t see consistently anymore.”

She called Mrs. Harris an upbeat movie with good word of mouth. “People are starting to talk about it, and going back to the movies, which is what we need in order to see the specialized market come back.” Overall, she says, “We are starting to see more normalized moviegoing habits.”

Outside of specialty, having the original IP and R-rated Nope top the weekend is “not the easiest thing in the world to do” and encouraging, she said. So is the fact that each of the top five films (again) grossed over $10 million, indicating “what I would would consider to be [more] consistent moviegoing habits.”

New opening My Donkey, My Lover & I from Greenwich Entertainment started in 51 locations to a $30,00 weekend, or PSA of $588. The French film by Caroline Vignal stars Laure Calamy, who plays Noémie, the comically eccentric assistant to Mathias Barneville in Call My Agent!.