MS Dhoni Resumes Training, Slogs It Out In The Nets In Jharkhand. Watch 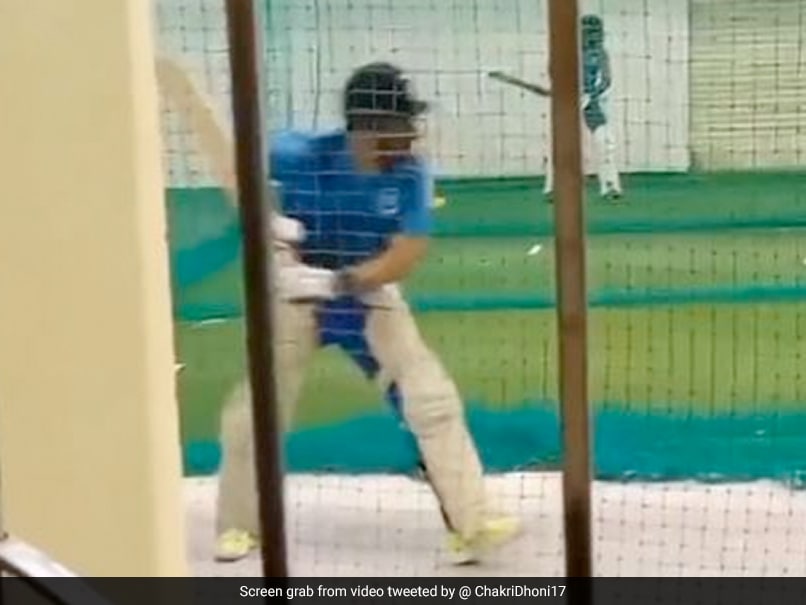 MS Dhoni hits the nets ahead of upcoming IPL 2023© Twitter

Despite announcing his retirement from international cricket in August 2020, former India captain MS Dhoni is still one of the most talked about cricketers in the world. Dhoni last played in the India Premier League earlier this year, and will lead Chennai Super Kings (CSK) in the next edition of the tournament in 2023. With less than six months left for the start of IPL 2023, Dhoni was seen batting in the nets at the Jharkhand Cricket Associations Stadium, in order to get up to speed.

MS Dhoni played 14 matches in the Indian Premier League scoring 232 runs while remaining not out on six occasions. He averaged 33.14 in the tournament with one half-century.

Under Dhoni, India also reached the final of the 2014 T20 World Cup.

The BCCI recently that the IPL 2023 will go back to the home-and-away format.

“The next season of men’s IPL will also go back to the home and away format with all ten teams playing their home matches at their designated venues,” read BCCI President Sourav Ganguly’s letter, a copy of which is in possession of NDTV.

Gujarat Titans beat Rajasthan Royals in the final at the Narendra Modi Stadium in Ahmedabad to lift their maiden title.