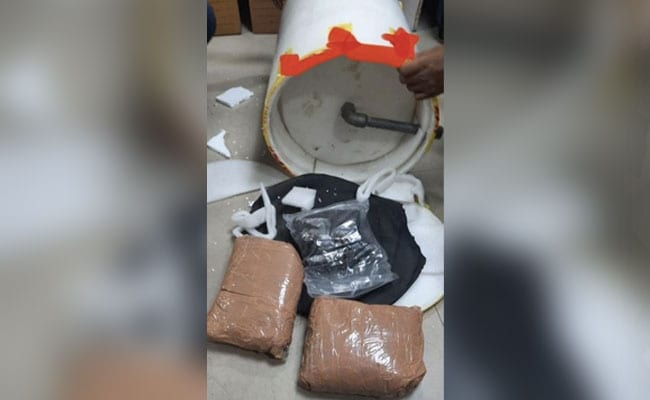 The value of the seized cannabis was not revealed by the NCB.

The Mumbai Narcotics Control Bureau unit has seized 4.88 kg of charas concealed in a special cavity made inside a water purifier which was to be sent to Australia through a courier service, and arrested two people in this connection, an NCB official said on Sunday.

The value of the seized contraband was not revealed by the NCB.

Acting on a specific information, the NCB seized the drug on Friday, the official said.

The drug consignment was hidden in a cavity made in a water purifier which was to be sent to Australia, he said.

The NCB arrested the consignor and a courier agent on Saturday, the official said.

During preliminary questioning of the duo, it has been found that the courier franchise owner is also involved in drug trafficking, he said.

The courier agent used to send parcels without verification of the consignor’s identity and had also sent several of such parcels many times on the instructions of the “main receiver”, the official said.

A fake identity was used by the consignor to ship the parcel through courier, he said.

“This network has sent many such types of parcels in the past. The kingpin had created layers in the delivery network,” the official said.

The NCB has registered a case and is conducting further investigation into it, he added.