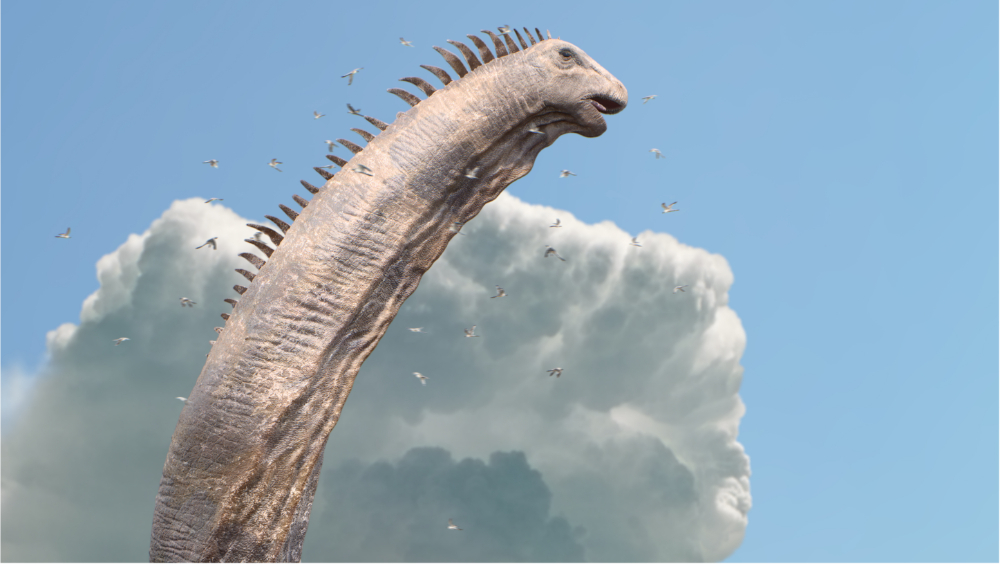 The creator of the critically acclaimed BBC natural history series Walking with Dinosaurs has landed a new eight-part docuseries at NBC.

The broadcast network has ordered Surviving Earth that explores the bizarre and amazing creatures and breathtaking landscapes of a vibrant lost world.

The series is a co-production between Loud Minds, the UK production company founded by Walking with Dinosaurs creator Tim Haines, and Universal Television Alternative Studio.

It marks another interesting move in the world of high-end factual programming; the U.S. broadcast networks have generally shied away from big docuseries or natural history programming, leaving the genre to the likes of Discovery Channel and PBS, or more recently streamers such as Netflix and Apple.

However, it comes after NBC ordered ten-part documentary series from the BBC Studios Natural History Unit, the division behind Planet Earth and Blue Planet. The, as-yet-untitled series, which will explore the landscapes, creatures and wilderness of North, Central and South America, was ordered in 2020 and will air in 2024.

Surviving Earth, meanwhile, will us cutting-edged digital technology to see how life not only survived cataclysmic events but thrived and will look at the lessons learned from past mass extinctions.

Haines also produced the Dinosaurs in the Wild immersive experience, which ran in the UK and Saudi Arabia.

“This epic event series promises to be unlike anything we’ve seen before, with state-of-the-art technology recreating an immersive view of prehistoric Earth,” said Rod Aissa, EVP, Unscripted Content, NBCUniversal Television and Streaming. “With a project of this magnitude, we’re in excellent hands with Universal Television Alternative Studio and Loud Minds on board bringing it to life.”

“In an age when there is so much concern about our changing climate, if we want to know our future we have to understand our past,” added Tim Haines, Creative Director, Loud Minds. “We’re delighted to bring to NBC this spectacular story that celebrates the power of life on our ever-changing Earth.”

“This documentary series brings to life the rich history of our planet to shed light on its future,” said Toby Gorman, President, Universal Television Alternative Studio. “It’s a thrill to tap into the latest technology while diving into Earth’s prehistoric past alongside our partners at Loud Minds. We’re excited to bring this unparalleled project to NBC.”