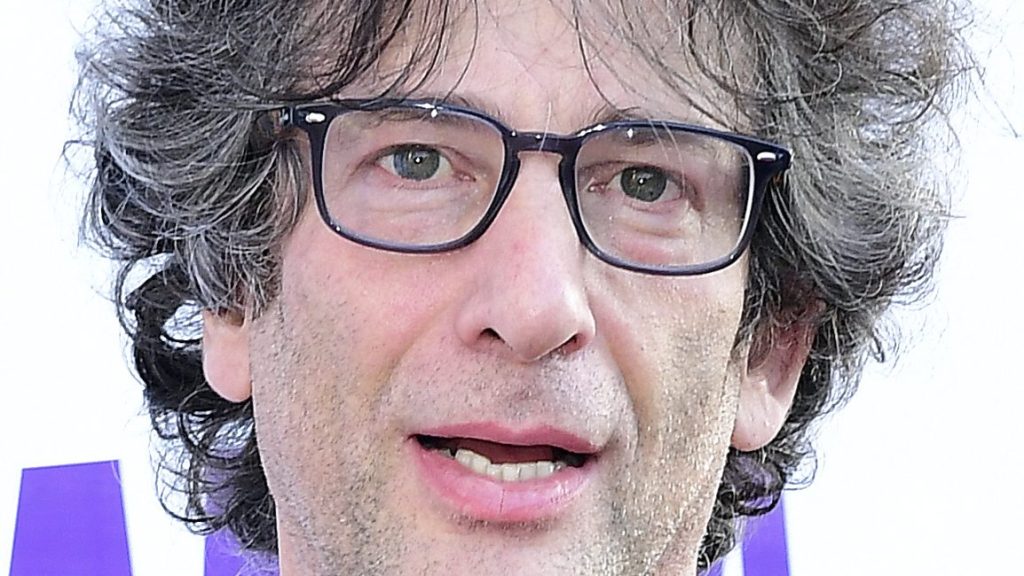 Neil Gaiman wooed The Sandman cover artist Dave McKean out of retirement to work on Netflix’s series adaptation of his comic books of the same name.

He divulged the “secret” today at a Hall H Comic-Con panel for the series, which had him sitting down with showrunner-writer-EP Allan Heinberg, as well as cast members Tom Sturridge, Vivienne Acheampong, Boyd Holbrook, Jenna Coleman, Kirby Howell-Baptiste, Patton Oswalt, Mason Alexander Park and Vanesu Samunyai.

“When [development on] Sandman began, people kept saying, is Dave McKean going to do something for [it]?” shared Gaiman. He added that even if McKean had previously retired from work on Sandman, he was able to convince him to “do something” for the new series.

“Every episode has end-title credits, and it’s a different sequence for each episode,” said Gaiman, “this amazing, flowing film that Dave McKean made.”

Gaiman also spoke, at the very end of today’s panel, about the potential for a film or series based on his Elizabethan comic book series Marvel 1602, published from 2003-2004. He said that he approached Marvel about an adaptation “about eight years ago,” adding that while those at the studio at the time said “it wouldn’t” make for a good project, there has been much turnaround in staffing there in the time since. So, who knows what the future might hold? “I would love to see a new 1602 movie or TV series,” he said.

The Sandman is a 10-episode series billed as a “rich blend of modern myth and dark fantasy in which contemporary fiction, historical drama, and legend are seamlessly interwoven.” It follows the people and places affected by Morpheus (Sturridge), the Dream King, as he tries to fix all the cosmic and human mistakes he’s made during his vast existence. The show also stars Charles Dance, David Thewlis, Stephen Fry, Joely Richardson, Asim Chaudhry, Sanjeev Bhaskar, Mark Hamill and more and will debut August 5. It’s produced by Warner Bros. Television, with Heinberg exec producing alongside his fellow writers Gaiman and David S. Goyer.