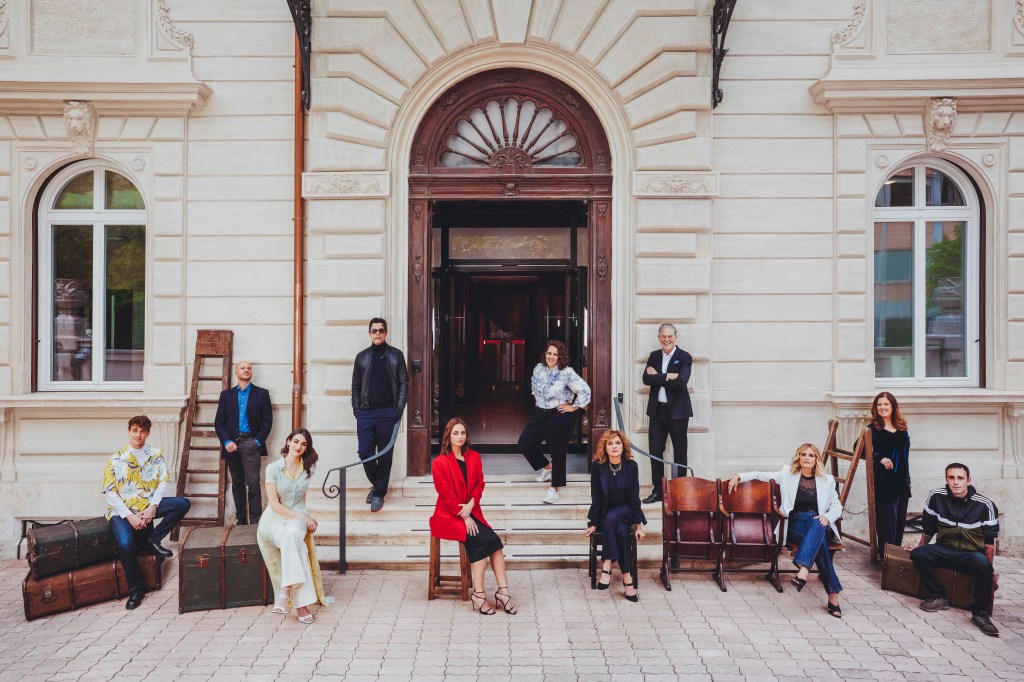 During a session here at MIA Market in Rome, Netflix Vice President of Italian Originals Eleanora ‘Tinny’ Andreatta said Italy had been traditionally starved of characters from the “imperfect hero to the rough hero” and wanted more of these tropes in her local programs.

Appearing alongside Netflix EMEA chief Larry Tanz, she pointed to Everything Calls for Salvation, a drama about a troubled young man who is forced to spend a week in a mental hospital, only to find friendship and love from his fellow patients.

It’s loosely based on Daniele Mencarelli’s novel of the same name and directed by Francesco Bruni, and launches on Netflix tomorrow globally. Audiences members in Italy seemed enthused by a trailer of the show, which has hints of One Flew Over the Cuckoo’s Nest.

“It’s a story that looks at the strengths and weaknesses of the young generation, how we’re walking on a subtle line of being safe and the darkest times of our lives,” said Andreatta.

Moreover, “We want high entertaining stories that can also break taboos and challenge people,” said Andreatta, who joined Netflix from Rai in 2020. “The audience is asking for more and more so to connect with them we have to be connected to the spirit of the time. We’re trying to build our slate: adaptation of big IP, original stories and creating anti-hero narratives. Italy didn’t have those stories before.”

Tanz, who has appeared at several events of the past few months and has flown into Rome from Netflix’s new Poland office, noted Netflix’s EMEA approach would be “local plus variety, which is a global strategy” for the streamer.

Andreatta cheered local Italian producers by urging them to think big. “We need stories that represent Italians and are made for the Italian audience and then can go to 190 territories,” she said. “We want to work with the best authors and directors, and we know we have to be successful in Italy first and be connected to the needs of the local audience.”

The audiences also got first looks at Everything Calls For Salvation and feature Robbing Mussolini.

Before Netflix’s session, the streamer unveiled Vatican Girl: The Disappearance of Emanuela Orlandi, a documentary series produced by the multi-award winning British TV production company Raw, premiering globally on Netflix on October 20. The show looks at the case of Emanuela Orlandi, a 15 year-old girl living in Vatican City who disappeared under mysterious circumstances in 1983.

Raw executive producer Mark Lewis and senior producer Chiara Messineo are sitting down this afternoon to talk about the making of the show during a separate Cinema Barberini session this afternoon.

Andreatta said it was “a show that’s full of substance and mystery but also is very sensitive, from a production company that has won several prizes and really afforded this difficult subject what it needed.”

Netflix opened a 70-person office in Rome earlier this year and unveiled a massive slate of films and TV shows, one of the streamer’s biggest plays in Europe to date, as Deadline reported at the time.

New shows included a drama based on Il Gattopardo (The Leopard), a drama from Indiana Pictures and the UK’s Moonage Pictures, with British director Tom Shankland attached; Cattleya-produced thriller Inganno (working title); Lotto Gang (working title), from BIM Produzione and Feltrinelli Originals and loosely based on the biggest scam in Italian history; and I Hate Christmas, a comedy from Lux Vide.

On the non-scripted front, it ordered Wanna, a crime docu-series from Fremantle Italy; Running For the Truth: Alex Schwazer from Indigo Film; and Summer Job from Banijay Italia, which is billed as the streamer’s first original reality format, while new films included Robbing Mussolini, a heist caper from Bibi Film; Cosimo Gomez’s My Name is Vendetta, an action flick from Colorado Film; GT Film’s Love & Gelato, written and directed by Brandon Camp; Under the Amalfi Sun, a follow up to Under the Riccione Sun from Lucky Red; and Jumping From High Places, based on a novel of the same name and produced by Lotus Film.