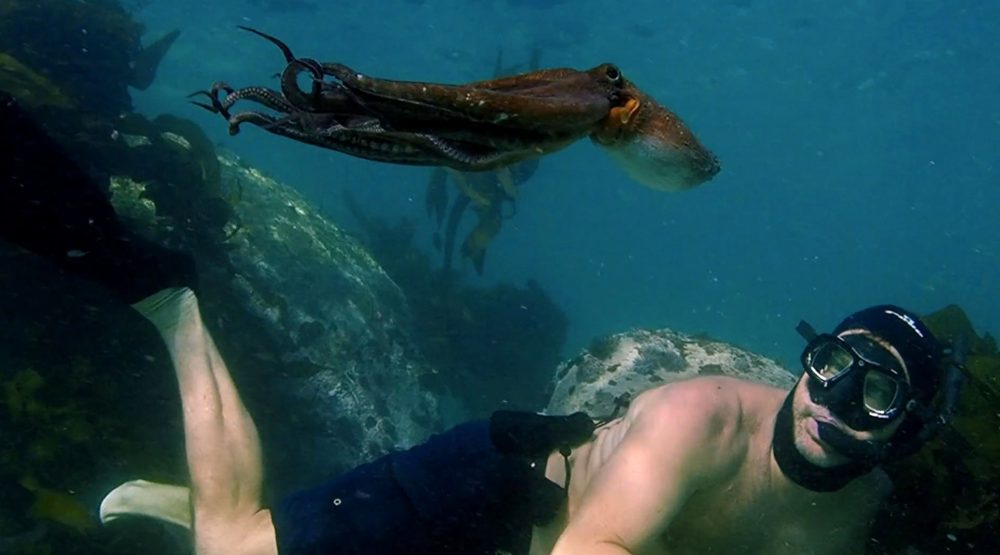 My Octopus Teacher wrapped its tentacles around the Academy Award for Best Documentary Feature, corralling a win for Netflix in that category for the second year in a row and third time in the last four years.

It also brought a rare victory to an African film of any kind—producer and subject Craig Foster is South African, as is one of the two directors, Pippa Ehrlich; fellow director James Reed is British.

“We want to thank Netflix for enabling us to share our story with the world and then our incredible Octopus team, whose arms stretched across the planet, from South Africa to Amsterdam, to the U.K., to the U.S.,” Ehrlich said as she accepted the award.

The film tells the story of Foster, a filmmaker and naturalist, and the cephalopod he befriended while diving off the coast of South Africa on a daily basis for a year. He observed the female octopus in her habitat of the Great African Seaforest, forming an emotional bond with the creature over the course of a majority of her 18-month lifespan. Foster witnessed how she outsmarted prey and predators alike. Some of the most suspenseful and dramatic scenes come as the octopus attempts to evade pajama sharks attempting to make a meal of her.

“In many ways this really is a tiny, personal story that played out in a seaforest at the very tip of Africa,” Ehrlich noted in her acceptance speech, “but on a more universal level I hope that it provided a glimpse of a different kind of relationship between human beings and the natural world.”

In the film, Foster explains that the Seaforest was a favorite place of his to dive as a child, but that as an adult he began to feel cut off from nature. That contributed to a personal crisis; he says bonding with the octopus helped him reconnect with humans, including his family members.

“The boundaries between her and I seemed to dissolve,” Foster says in the film of his octopus friend. “She was really teaching me to become sensitized to the other, especially wild creatures.”

Early in Oscar season the documentary did not appear to be a favorite. Fellow nominated documentaries Time and Crip Camp won many of the pre-Oscar awards, but the film came on strong deeper into the year, racking up a DGA nomination for Ehrlich and Reed in March and then a win in late March at the PGA Awards. 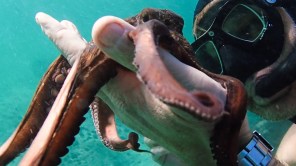 My Octopus Teacher also marks a rare win in recent decades for a nature documentary. In the 1950s, nature documentaries dominated the winners list among nonfiction films, but the most recent straight up nature film to win the Oscar for Best Documentary was 2005’s March of the Penguins.