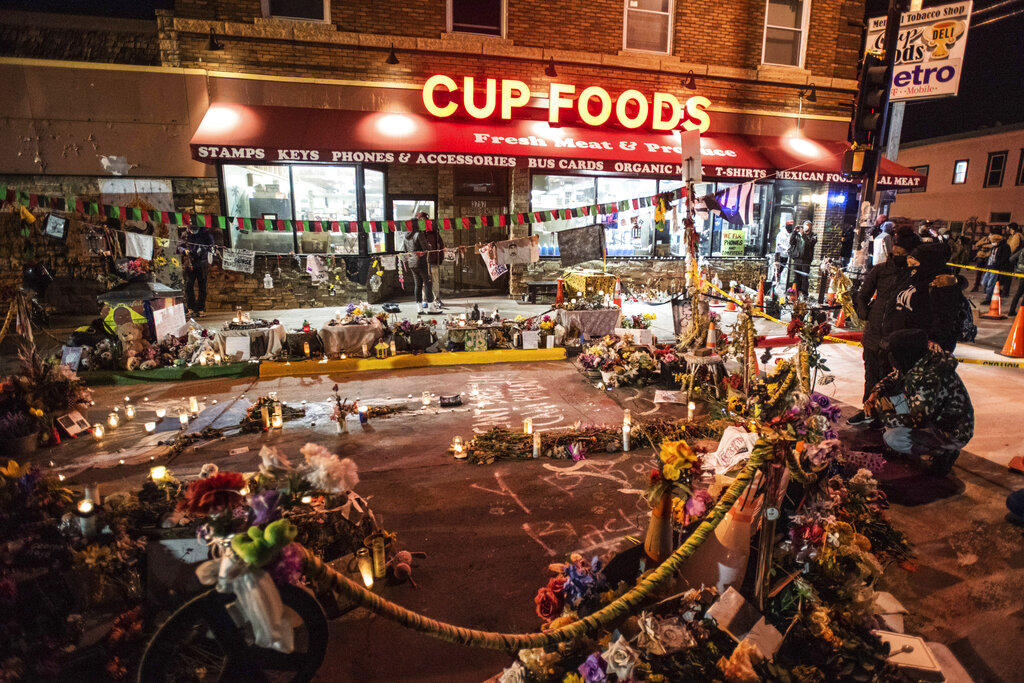 On the day after the guilty verdicts against Derek Chauvin in the death of George Floyd, Attorney General Merrick Garland announced that the Justice Department would conduct a civil investigation of the city’s police department.

Broadcast and cable networks, with correspondents fanned across the city, continued to cover the reaction, a mixture of a sense of relief but also continued trepidation over the fate of further police reforms.

Gayle King anchored CBS This Morning from Minneapolis in the aftermath of the guilty verdict against former Minneapolis police officer Derek Chauvin, and told her co anchors that there was a contrast to a day before, when she said she couldn’t sleep as “we could feel the tension.”

“This morning, you can really feel a lightness in the city, in addition to a beautiful skyline behind us,” said King, who interviewed Minnesota Gov. Tim Walz, George Floyd’s family attorney Ben Crump and Floyd’s brother Philonese.

Donald Williams, a prosecution witness who had asked officers to check Floyd’s pulse, said that he was a little worried about the verdict but “I actually sat there and prayed with my kids right before the verdict and the prayer came through.”

King and CBS Evening News anchor Norah O’Donnell hosted a one-hour primetime special on Tuesday, The Chauvin Verdict. King told O’Donnell that when the verdict was read, “We started hearing horns honking. I think you felt jaws dropping. I think people thought maybe you would get one, but to get all three I think is a very stunning thing.”

Lester Holt closed out NBC Nightly News by telling viewers, “Most likely, however, this is not the last word in a case that has forced us to look at those 9 minutes and 29 seconds as a reflection of where we are and what we don’t want to become as a nation. As we have seen just in recent days and weeks, it has not stopped deadly confrontations between the police and Black men. But tonight, the family of George Floyd has received justice in a Minneapolis courtroom. What happens on America’s streets might tell us if there is a deeper reckoning in the tragedy of George Floyd.”

Crump, Philonese Floyd and another brother, Terence, are scheduled to appear on ABC’s The View on Wednesday.

On Fox News on Tuesday, host Jeanine Pirro said of the jury verdict, “This was an emotional as well as an intellectual decision. And when I say that, make no mistake, the facts are solid on this verdict. This verdict will be upheld on appeal. Right now, what people need to understand is that the American justice system works. It works. The people right believe in Lady Justice. That if we give it a chance, it can work.”

She also gave a bit of a scolding to Fox News late night hist Greg Gutfeld when he said that he was “glad that [Chauvin] was found guilty on all charges, even if he might not be guilty of all charges. I want a verdict that keeps this country from going up in flames.” Some groans could be heard, and Pirro defended the integrity of the jury process.

Later in the evening, Tucker Carlson, suggested that the verdict was motivated by fear of what would happen with an acquittal. As he is apt to do, Carlson put his doubts in the form of a question, telling viewers, “Before we consider the details of today’s verdict, a bigger question, one we should all think about: can we trust the way this decision was made? That is the promise of our justice system, that it is impartial, that it is as fair as human beings can make it.”

He went on to wonder if “the cop that killed Ashli Babbitt will be held to the very same scrutiny.” Babbitt participated in the Jan. 6 siege on the Capitol, and she was shot by an officer as a group of rioters were attempting to break through the door of the Speakers Lobby, an area just outside of the House chamber.

Carlson began his show by saying that the jury “came to a unanimous and unequivocal verdict this afternoon: ‘Please don’t hurt us.’ The jurors spoke for many in this country. Everyone understood perfectly well the consequences of an acquittal in this case. After nearly a year of burning and looting and murder by BLM, that was never in doubt.”

Carlson also said that “no mob has the right to destroy our cities, not under any circumstances, not for any reason. No politician or media figure has the right to intimidate a jury. And no political party has the right to impose a different standard of justice on its own supporters.” He was apparently referring to the reaction to comments made over the weekend by Rep. Maxine Waters (D-CA) and reaction from Democratic leaders.

Nora Fatehi’s Pics From Morocco Are Burning Up Instagram

<!-- -->Nora Fatehi shared this image. (courtesy: norafatehi)HighlightsThe pictures happen to be from Morocco Nora picked an outfit by the label...
Read more

Giant Ship Ever Given That Blocked Suez Canal Arrives In Rotterdam