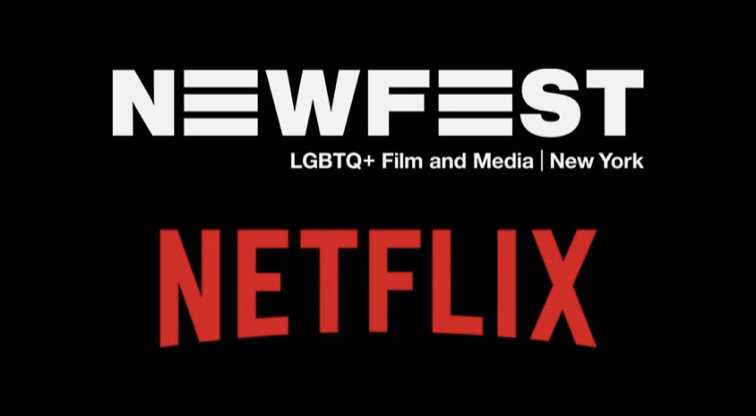 LGBTQ+ film and media organization, NewFest, announced the inaugural recipients of the New Voices Filmmaker Grant, a new initiative in partnership with Netflix to support emerging LGBTQ+ filmmakers that will distribute a total of $100,000 in funds.

A cohort of four filmmakers who each receive a $25,000 grant to support professional development and create new work, and will have access to network-building opportunities through industry events and a mentorship track facilitated by NewFest. Netflix has pledged support for this program for two years.

“We were astounded and excited by the volume and strength of applications received,” said NewFest Executive Director David Hatkoff. “With the challenges emerging filmmakers face both in funding and creating their work, this opportunity to support and amplify underrepresented voices by providing resources and guided mentorships has the potential to change careers and lives. We are grateful to Netflix for their trust and support in making this possible on such a large scale.”

“The four grant recipients all submitted auspicious work samples from wide-ranging genres and come from varying backgrounds,” said NewFest Director of Programming Nick McCarthy. “Yet one commonality is their confident direction, palpable perspective, commitment to new forms of LGBTQ+ storytelling, and a tenacious spirit to make inspiring work and have their stories told and be heard. We can’t wait to share the voices and work of Blanche, Livia, Nyala, and Rodney within the industry and throughout the world—and, above all, see what brilliant and powerful queer work they create next.”

In addition to the $25,000 grant and the opportunity to be connected with an industry mentor relevant to their work, fellows will also have their work showcased and participate in events at NewFest’s New York LGBTQ+ Film Festival, one of the largest queer film festivals in the world. Fellows will also have the opportunity to travel as guests of NewFest to other North American film festivals.

The New Voices Filmmaker Grant was eligible to LGBTQ+ filmmakers in America who have not previously made a feature-length film, or had a film (short, episodic, or feature length) publicly distributed. Fellows’ work was reviewed by grant evaluators made up of LGBTQ+ programmers, community leaders, established filmmakers and industry professionals, and final selection was made by a jury that consisted of filmmaker and Fulbright fellow Tamar Baruch, Sundance Institute Documentary Fund Manager Dominic Davis, and Peabody & GLAAD Award-winning artist, writer, and actor Eva Reign.

This partnership between NewFest and Netflix is part of Netflix’s Fund for Creative Equity, an effort to help create more behind-the-camera opportunities for underrepresented communities within the TV and film industries.

Applications for the next cycle of the New Voices Filmmaker Grant are expected to open in January 2023.

Blanche Enaka Akonchong is a queer Cameroonian/American writer, director, actor, and musician from Riverdale, GA. A first generation American, her parents immigrated to the U.S. in the late 80s, from Mamfe, Cameroon.

She studied Music Business at New York University’s Steinhardt, and graduated in 2017 with a Bachelor of Music. Having a lifelong passion for music and producing, Blanche worked at various music and TV companies including: Showtime, Viacom, Spotify, and Atlantic Records. In undergrad she was a recipient of the prestigious Gates Millennium Scholarship. She enrolled in NYU Tisch School of the Arts Graduate Film Program in 2018, and is currently a thesis student.

In 2019 she wrote, directed, produced, edited, scored and starred in her third short film, Mercury Afrograde. She was awarded NewFest’s Emerging Black LGBTQ+ Director Award in 2020, and received an Honorable Mention for Best Short at Woodstock Film Festival. Blanche’s work has screened at NewFest, Blackstar Film Festival, Outfest, Woodstock Film Festival, Afrikana Film Festival, Inside Out Festival, and Cucalorus Film Festival. She participated in Gotham’s 2021 TV-Series Lab (formerly the IFP Episodic Lab), and their Project Market with Mercury Afrograde, which is being developed as a series. Her most recent directorial work, and music single, Chasing Amour, was featured in Forbes. In her free time she enjoys playing the electric guitar and biking. Blanche’s long term goal is to create a comedic television show which chronicles the Black and LGBTQ experience in a comedic, post-modern way.

Livia Huang is a film director from Baltimore, currently based in New York. Her short films have screened at Berlinale, IFFR, New Directors/New Films, and more (including NewFest!) and she was a recipient of a Flies Collective Film Grant in 2018. She has a BA from Columbia University and an MFA from Brooklyn College.

Rodney is the co-writer of the short film “Darling” which won the Orizzonti Award for Best Short at the Venice International Film Festival in 2019, Special Mention at SXSW, and an official selection at TIFF. In 2021 he also participated in Berlinale Talents. Rodney received the Katharina Otto-Bernstein production grant for his short film Tropicalía. Tropicalía is based on his project La Canícula which will be his feature directorial debut.

Nyala Moon is a filmmaker, writer, and actress of trans experience. After working in the nonprofit community helping other transgender and queer people of color access affirming health care, Nyala took a leaped faith and pursued her passion for filmmaking. Before going to film school Nyala worked with the indie LGBT film scene as a director, writer, and producer. Nyala was also a contributor for the anthology, Written on the Body: Letters from Trans and Non-Binary Survivors of Sexual Assault and Domestic Violence by Lexi Bean. Nyala Moon has been touring colleges with her other anthology contributors, speaking to college students about sexuality, gender identity, and sexual assault. In May 2020, Nyala graduated from City College with her MFA in film production. Last year her student thesis film, “One Last Deal,” was screened at NewFest, Inside Out Toronto, Outfest, and many more. Nyala was also a 2020-2021 QueerArt Film fellow with TU ME MANQUES director as Rodrigo Bellot as her mentor. Recently, Nyala just finished writing, directing, and starring in her next short film, “How Not to Date While Being Trans.”  When Nyala isn’t making films, she is watching anime, misplaying her guitar, and catching up on the Real Housewives franchises.