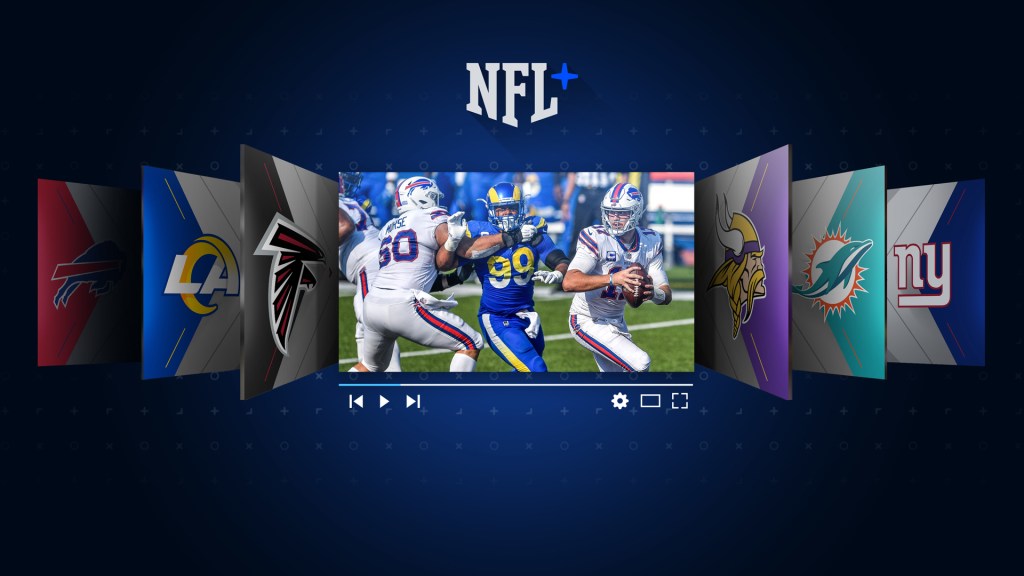 The basic tier offers live local and primetime games on mobile devices and tablets as well as live out-of-market preseason games. It also features live game audio (with feeds for both opposing teams’ announcers as well as national ones) and library programming. NFL+ Premium adds ad-free game replays, in both full and condensed form, as well as “coaches film” and the “all-22” look, which shows every player on the field.

Reports of the streaming venture began circulating after league owners met in May. The NFL, like other major sports entities is putting more and more of its live game inventory on streaming services. In September, the league will begin a decade-long exclusive deal for Thursday night games with Amazon’s Prime Video. Its long-term renewals with other longtime partners include significant streaming components.

The setup for NFL+ follows ones in years past with Verizon and Yahoo, which had offered NFL livestreams and other programming to laptops and mobile devices. (Verizon last year re-upped with the league as a partner but shifted from live streams to providing telecom and broadband service in stadiums.) With the new service coming online, NFL Game Pass, which had offered replays (but not livestreams) of full games on a subscription basis, will no longer be available in the U.S.

The limited batch of in-market rights captured by NFL+ are not to be confused with those of NFL Sunday Ticket, the full slate of weekly games offered nationally as an exclusive since 1994 by DirecTV. With the current Sunday Ticket contract set to expire after the coming season, Amazon and Apple are understood to be making aggressive plays for that package, which is expected to net the league more than $2 billion a year.

In a press release, NFL Commissioner Roger Goodell called the NFL+ launch a notable day in the league’s history. “The passionate and dedicated football fans are the lifeblood of the NFL, and being able to reach and interact with them across multiple platforms is incredibly important to us,” he said. “We look forward to continuing to grow NFL+ and deepening our relationship with fans across all ages and demographics, providing them access to a tremendous amount of NFL content, including the most valuable content in the media industry: live NFL games.”

Previous article“Keeping That Option Open”: Mithali Raj On Playing In Women’s IPL
Next article‘Titanic’ And ‘The Omen’ Star Was 80 – Deadline
LocalTakSabse Tez