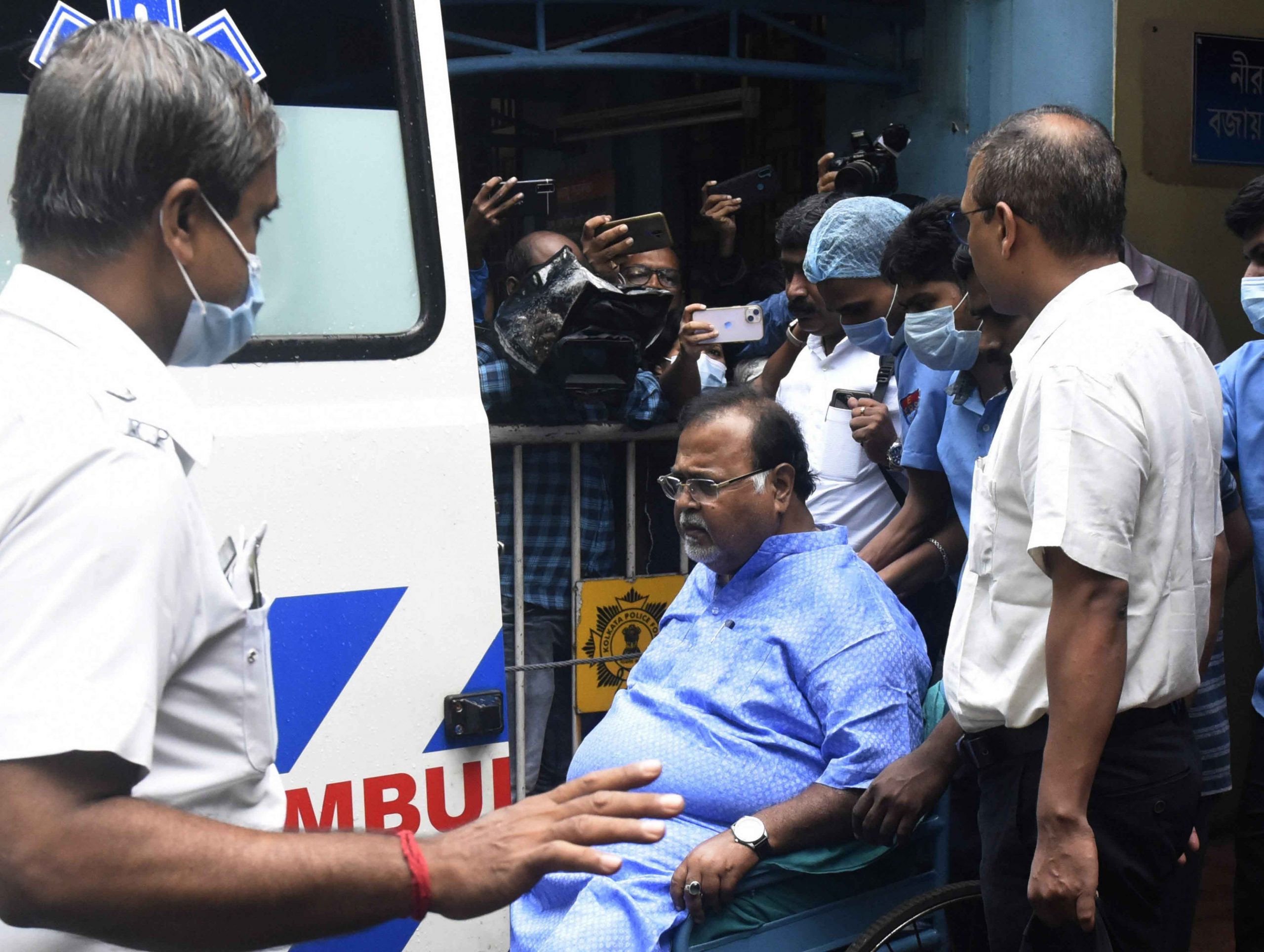 Bhubaneswar/Kolkata: West Bengal minister Partha Chatterjee, arrested in connection with a school job scam, was Monday flown to AIIMS-Bhubaneswar. However, doctors at AIIMS in Bhubaneswar said that Partha Chatterjee suffers from chronic diseases but does not need immediate hospitalisation.

The Calcutta High Court had July 24 directed the Enforcement Directorate (ED), which held the 69-year-old TMC leader last week, to take him to the health facility in the neighbouring state by an air ambulance as he complained of health issues.

Also read: TMC or myself has got nothing to do money recovered from minister’s aide: Mamata Banerjee

“We have conducted a thorough screening (of Chatterjee), including blood, kidney, thyroid and cardiological investigations. He has some chronic diseases, but does not need immediate hospitalisation,” AIIMS executive director Ashutosh Biswas told reporters in Bhubaneswar. A report has been sent to the high court with details of Chatterjee’s health status, Biswas informed.

“The symptoms with which he came to the hospital are not very serious in nature. There wasn’t much chest pain as such. Chatterjee had been taking medications for a long time and AIIMS advised some modifications to that, taking into account his symptoms. The next course of action will be taken as per court directives. Chatterjee would be discharged soon as doesn’t require hospitalisation,” Biswas added.

An ED official said two counsels representing Chatterjee have gone to the Odisha capital with him.

Earlier in the day, Partha Chatterjee, the Industries and Parliamentary Affairs Minister in the West Bengal government was taken to Kolkata airport from SSKM hospital in the city via a green corridor.

After landing in Bhubaneswar, Chatterjee was moved to AIIMS, where a thorough health check-up was carried out, following which he was shifted to a special cabin.

The TMC leader held the education portfolio when the irregularities were committed in recruitment of Group C and D staff along with teachers in state-sponsored and-aided schools on the recommendation of the School Service Commission (SSC). The court had asked the CBI to probe the irregularities. The ED is looking into the money trail involved in the scam.