‘No Time To Die’ Has World Premiere In London – Deadline 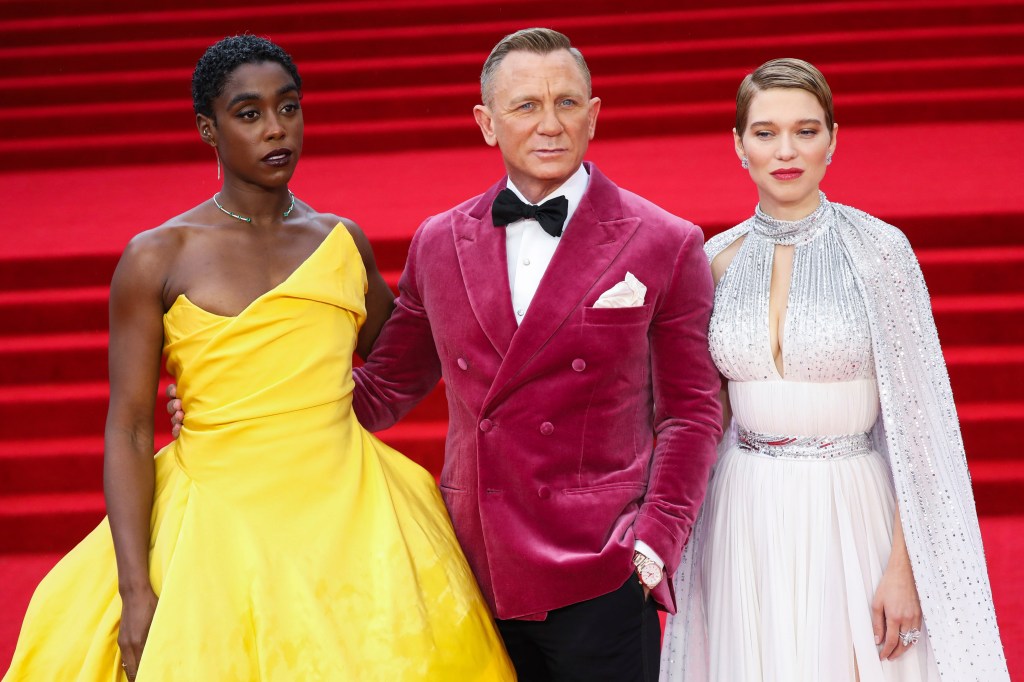 It is finally time for No Time to Die as the 25th James Bond title has its world premiere at London’s Royal Albert Hall on Tuesday evening. The star-studded event welcomed 007 himself, Daniel Craig, for his swansong as the legendary secret agent, along with several fellow cast members and a quartet of royals. It’s been a long road to this premiere, which was originally due to take place in March 2020. But the pandemic quashed release plans for April that year and led to a handful more date changes along the way. Now, it’s time to rev up the Aston Martin.

The premiere is being held under alternating rain and clouds, witch checks for proof of negative Covid tests at the entrances rigorous. Inside, however, there is no social distancing and very few zero masks — London in general seems fairly relaxed on that front.

From the red carpet, co-screenwriter Phoebe Waller-Bridge promised that “Tonight is going to be sexy,” while star Rami Malek noted he didn’t hesitate to join the film — producer Barbara Broccoli even delivered the script to him personally in his hotel room. “When does that happen?!?” he said.

Directed by Cary Joji Fukunaga, MGM/Eon/Universal’s No Time to Die begins international rollout this week, hitting the UK on Thursday with anticipation at a fever pitch — and projections of a $90 million opening weekend across 50 offshore markets through Sunday.

‘No Time To Die’ Final Trailer: A Look-Back At Daniel Craig’s Time As 007

And members of the royal family were also set to be out to show their support including Prince William, Kate Middleton, Prince Charles and Camilla, Duchess of Cornwall.

This is Craig’s fifth and final film as 007 and sees the superspy having left active service, enjoying a tranquil life in Jamaica. His peace is short-lived when his old CIA friend Felix Leiter (Wright) turns up asking for help. The mission to rescue a kidnapped scientist turns out to be far more treacherous than expected, leading Bond onto the trail of a mysterious villain armed with dangerous new technology.

Tonight’s event will lead a series of premieres in 57 cities across the globe, including 10 in the UK and Ireland to which health care workers will be invited as special guests in celebration and gratitude of their work during the pandemic.