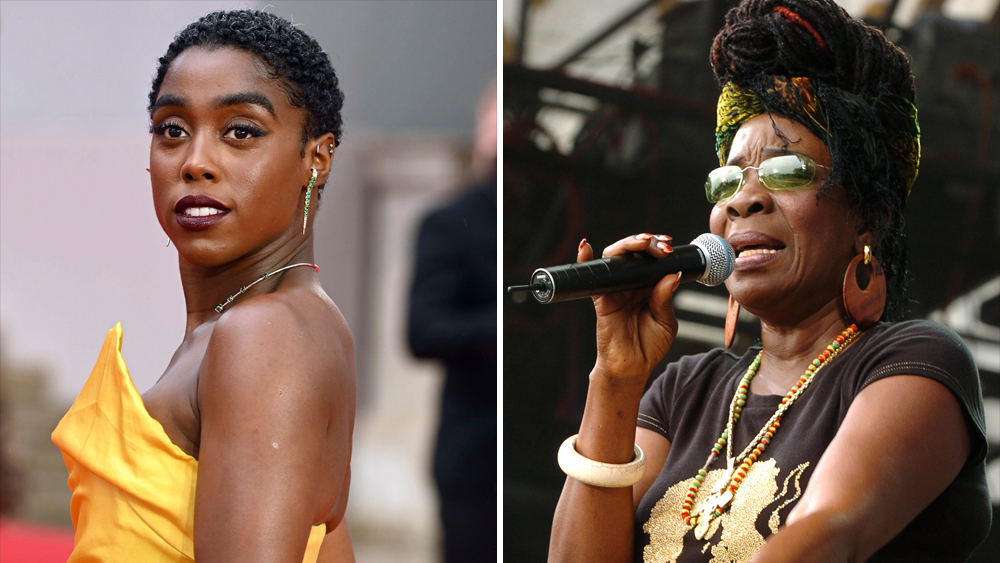 Similar to the casting of Bob, a large net was cast when it came to finding the right person to play Rita including looking to find someone with Jamaican descent (Lynch was born in England but her family comes from Jamaica). Following several tests including chemistry reads with Ben-Adir, Lynch not only won over execs but also Rita and the Marley family, who all gave their blessing to the casting.

Bob Marley died of cancer in 1981 at age 36, but in that short lifetime he changed the landscape of music, introducing generations to reggae with such songs as “Get Up, Stand Up,” “One Love,” “No Woman, No Cry,” “Could You Be Loved,” “Buffalo Soldier,” “Jammin’” and “Redemption Song.”

While audiences remember Bob for his impact on the Reggae scene and political activism, his and Rita’s love story has its own timeless feel to it and is equally essential part to telling his incredible life story. The two met when Rita was a young singer and Bob was still a member of the Wailers vocal trio. After she joined The Soulettes, Marley began mentoring the group, which ultimately led to the two falling in love.

Lynch is having herself quite a moment that starts with her scene-stealing performance in the most recent James Bond pic No Time to Die. On top of that she also was recently see in Marvel’s Doctor Strange in the Multiverse of Madness. Next up for her is Sony’s The Woman King, which is already drawing award season buzz as well as Netflix’s Matilda adaptation where she plays Ms. Honey.

She is repped by CAA in the US, BWH Agency in the UK, Danielle Robinson and Sloane Offer.