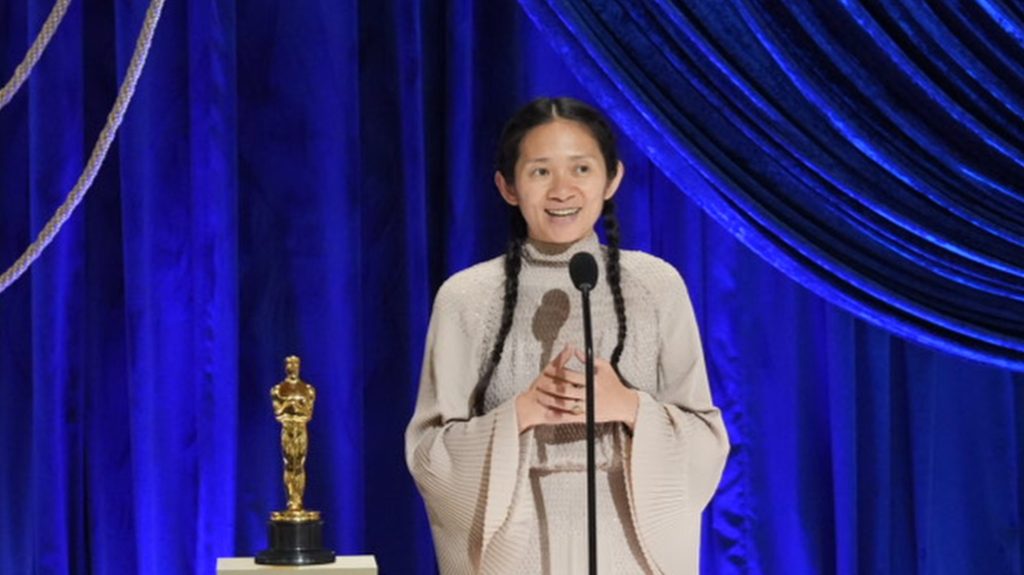 When Mia Neal, Jamika Wilson and Sergio Lopez-Rivera won the Oscar on Sunday for Best Makeup and Hairstyling for their work on Ma Rainey’s Black Bottom, Neal and Wilson became the first Black women to win the honor. When Neal took the stage at Union Station to accept the award, she used the opportunity to give shine to other Black, Asian, Latinx, Indigenous, queer, trans and everyone in the margins, saying of her monumental win: “One day it won’t be unusual or groundbreaking, it’ll just be normal.”

That describes the energy when it comes to diversity in film and TV as of late. As Hollywood and the Oscars attempt to move into a space of inclusivity and authentic representation, we celebrate “firsts,” but as people in the margins have said and will continue to say: “We still have a long way to go.” The real question is: When will we actually get there and will we get there in our lifetime? Because at the rate we’re going we won’t.

Inclusion in film, TV and the Oscars has made strides in the past couple of years mainly because of the #OscarsSoWhite movement launched by April Reign. However, let’s not deny the fact that Hollywood has been problematic when it comes to representation of marginalized voices since its inception. Still, that doesn’t mean we can’t celebrate the milestones underrepresented voices hit tonight at the 93rd Oscars.

In addition to winning Best Picture, Chloé Zhao made history when she won Best Director for Nomadland. She became the first woman of color to take home the honor and the second woman ever to win the trophy. She is also the first Asian woman to win Best Director. The first woman to win was Kathryn Bigelow for The Hurt Locker in 2009. In its 93-year history, only four other women in addition to Zhao and Bigleow have been nominated: Lina Wertmüller for Seven Beauties in 1976, Jane Campion for The Piano in 1993, Sofia Coppola for Lost in Translation in 2003 and Greta Gerwig for Lady Bird in 2017.

On the acting side, people of color were shut out in the Leading Actor and Leading Actress category.

Despite having Riz Ahmed, Chadwick Boseman and Steven Yeun nominated, Anthony Hopkins won for Best Actor for his role in The Father. For Best Actress, Frances McDormand won for Nomadland in a category that included Viola Davis and Andra Day.

Award- season frontrunner Daniel Kaluuya won for his Supporting Actor role in Judas and the Black Messiah and stressed in his acceptance speech that “work” needs to be done when it comes to inclusion. He said he shared the trophy with his cast including LaKeith Stanfield and Dominique Fishback.

Minari actress Yuh-jung Youn, a frontrunner, took home the Oscar for Best Actress in a Supporting Role, making history as the first Korean to take home the honor. And let’s not forget her ability to charm audiences with her acceptance speeches — in this case, she admitted her undying love for Brad Pitt, who presented the award to her. Other than that, it was a well-deserved win; if she hadn’t won, people would have rioted.

H.E.R., who is half Filipino and half Black, won Best Song for “Fight For You” from Judas and the Black Messiah. Sharing the award with Dernst Emile II and Tiara Thomas, she joins fellow Filipino Robert Lopez, who won Frozen‘s “Let It Go” in 2013 and for Coco‘s “Remember Me” in 2017, as an Oscar winner in the category. He also made history as the first person to achieve double-EGOT status.

There was some movement towards diversity and inclusion. The major wins are, to be honest, a drop in the bucket — but it’s worth celebrating every drop.

Last year, Bong Joon Ho’s Parasite was a beacon of hope when it was nominated for six Oscars (no acting nominations by the way) and won four trophies including Best Picture, Best International Feature, Best Original Screenplay and Best Director. It made history becoming the first non-English feature to win Best Picture and was the first film to win both Best Picture and Best International Feature. It was also the first South Korean film to take home trophies in all of those categories that it won. In addition, Taika Waititi became the first Oscar winner of Maori descent when he took the award for Best Adapted Screenplay.

So 2021 was better than 2020 in terms of acting nominations and wins. Zero people of color won for acting Oscars last year — mainly because out of all four major acting categories, Harriet‘s Cynthia Erivo was the only person of color nominated.

Diversity, inclusion and representation showed up tonight and it was great to celebrate historic wins, but as everyone has said and will continue to say until systemic change has been made, “Hollywood has a long way to go.”

Michele Gillen, an investigative reporter whose broadcast career took her from Maine to Miami to Los Angeles, has died from natural causes. She...
Read more
Previous articleA Review of the Academy Awards – Deadline
Next articleSensex Gains Over 600 Points, Nifty Above 14,400
LocalTakSabse Tez