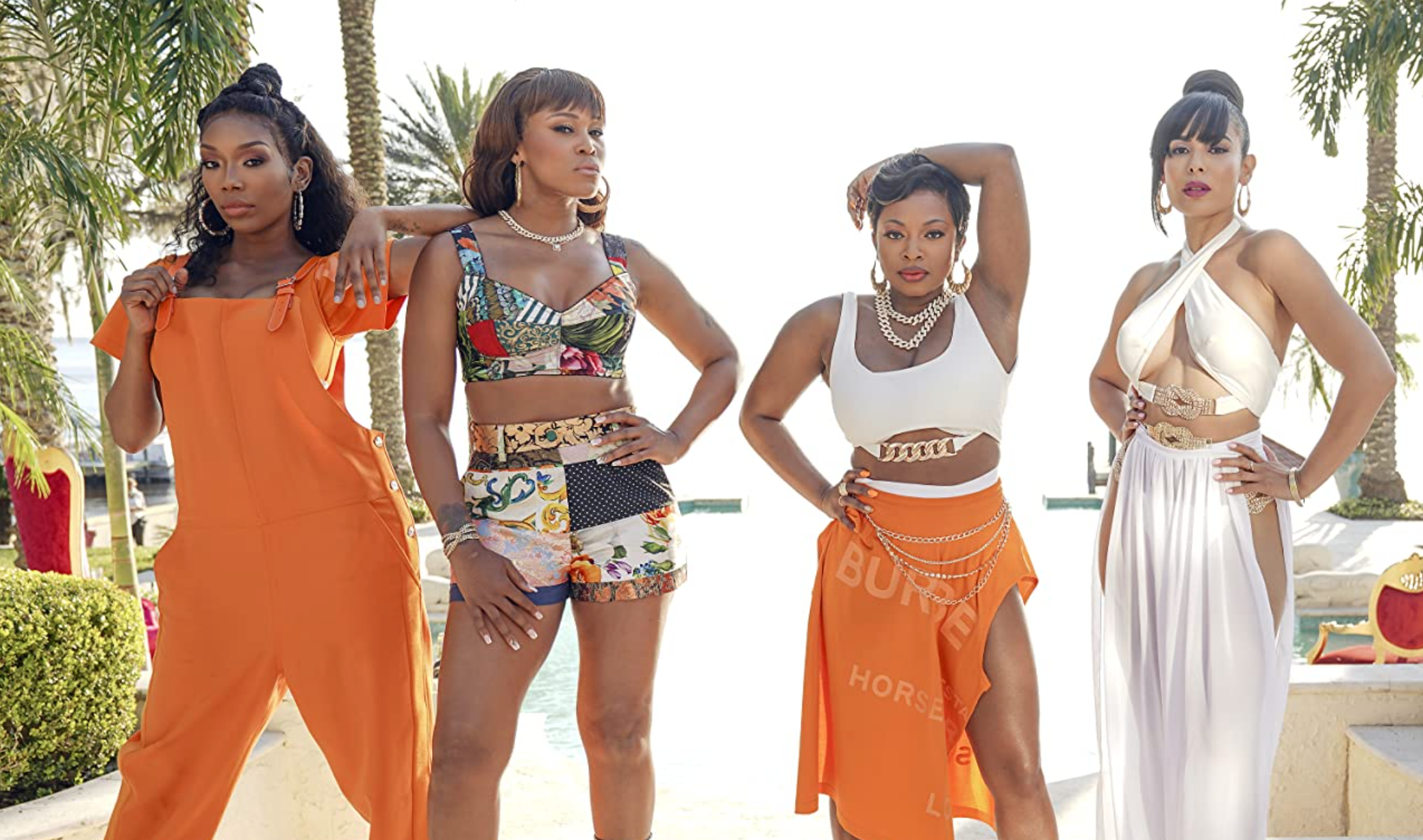 From narratives of independent women striving to find a foothold for themselves to coming-of-age narratives, fall TV has much to offer. Kicking off the month is Molly Smith Metzler’s “Maid” (October 1), which charts the struggles of a single mother trying to provide for her child after fleeing an abusive relationship. Inspired by the best-selling Stephanie Land memoir of the same name, the limited series stars Emmy nominee Margaret Qualley and takes an unflinching look at poverty in America.

Adding to list of releases which tackle prevalent social issues, “Guilty Party” (October 14) depicts the life of a discredited journalist who is on a mission to save her career by uncovering the truth of the case of an imprisoned young mother accused of murder. The show, led by Kate Beckinsale, deals with a number of pressing contemporary issues, including the prison system, a pervasive gun culture, and the demise of print journalism.

Several coming-of-age releases also premiere this month, including Emily Cohen Ibañez’s “Fruits of Labor” (October 4), a documentary following a second-generation Mexican American teen finishing her senior year of high school while working to support her family. Ava DuVernay and Colin Kaepernick’s “Colin in Black and White” (October 29) portrays Kaepernick’s adolescence, including his navigation of deeply embedded obstacles of race, class, and culture. The show depicts its protagonist’s struggle as the Black adopted child of a white family in Central California.

“Queens” (October 19), a show about four estranged women in their 40s who reunite for a chance to relive their fame as legends in the hip-hop world, also premieres this month, as does Phoebe Robinson’s first solo comedy special, “Sorry, Harriet Tubman” (October 14).

This month also marks the return of several beloved series by and about women. “Insecure’s” final season begins October 24, “The Baby-Sitters Club” returns for its second outing October 11, and “Twenties” and “Batwoman” make their comeback on October 13.

Here are October’s premiering and returning women-driven and women-created TV projects. All descriptions are from press materials unless otherwise noted.

Inspired by the New York Times best-selling memoir, “Maid: Hard Work, Low Pay, and a Mother’s Will to Survive” by Stephanie Land, “Maid” follows the story of Alex (Margaret Qualley), a single mother who turns to housecleaning to — barely — make ends meet as she escapes an abusive relationship and overcomes homelessness to create a better life for her daughter. Seen through the emotional yet humorous lens of a desperate but determined woman, this series is a raw and inspiring exploration of a mother’s resilience.

A colony of German Christians with a charismatic and manipulative leader establishes itself in Chile and becomes instrumental to the dictatorship.

This six-episode comedy series is set in a small New Zealand town and follows two millennial sisters with very different personalities who inherit a funeral home from their grandfather. Unsure what to do with the funeral home – or the oddball staff that keep the place running – Ellie and Gwen Goode (Eve and Grace Palmer) are thrust into a world of embalming, emceeing, and embarrassment. Recently fired from her teaching career, Ellie starts to warm to the job, but all Gwen wants to do is go DJ in Bali. By staring death in the face every day, Ellie and Gwen begin to confront the realities of their own life, and what they want to make of it. “Good Grief” finds light in the darkness, weaving both the comedy and tragedy of life into a rich emotional tapestry. 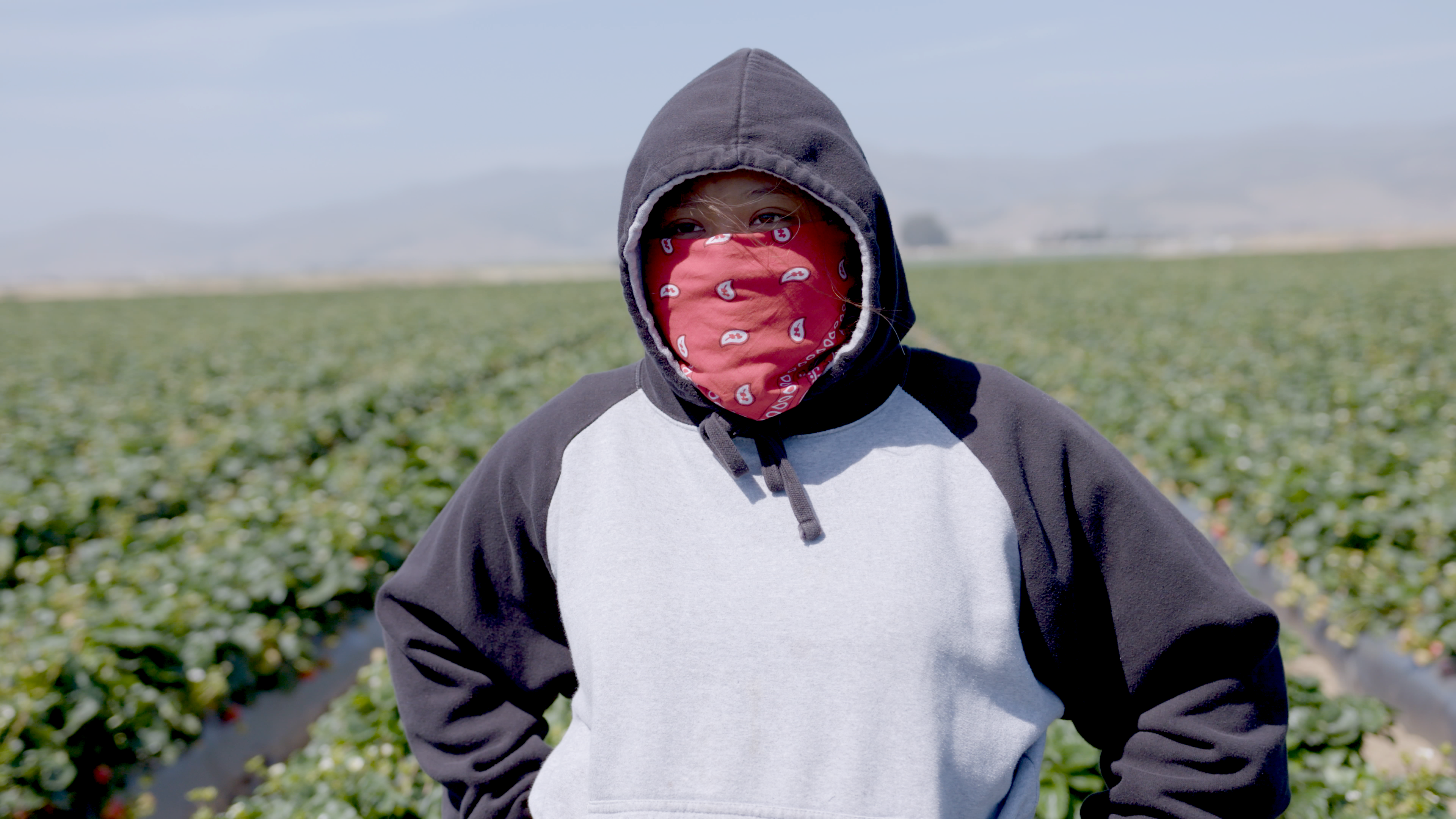 Ashley Solis is a high school senior who must divide her time between school and supporting her family as a second-generation Mexican American. Located in a California working class town, the harshness of agricultural labor in the strawberry fields shares a stark contrast with the beautiful nature and relationship to her spiritual ancestral upbringing.

Five women with the same birthmark set out to unravel the truth about their pasts and discover a tragic web of lies spun by a powerful politician.

Self-proclaimed intellectual Chelsea (Emily Osment), is forced to move in with her carefree sister and her sister’s lovably eccentric friends.

“Buried” follows the gripping story of Eileen Franklin who, while playing with her young daughter, suddenly had a memory of witnessing the rape and murder of her childhood best friend, eight-year-old Susan Nason, which led to a re-opening of a case that had gone unsolved for nearly 20 years. And in a shocking twist, when Eileen came forward with her memory, she told the police that she remembered the murderer was her own father, George Franklin.

When the crown prince is killed, his twin sister assumes the throne while trying to keep her identity and affection for her first love a royal secret.

“Trial in the Outback: The Lindy Chamberlain Story” (Docuseries) (Premieres October 12 on Sundance Now and AMC+)

Lindy Chamberlain made headlines in 1980 when she claimed a dingo had killed her nine-week-old baby in the Australian outback. With little evidence, Lindy was convicted of murder, and spent the next 30 years trying to prove her innocence. With exclusive personal accounts in this revelatory three-part true crime documentary series, Lindy and her family finally share their own story. 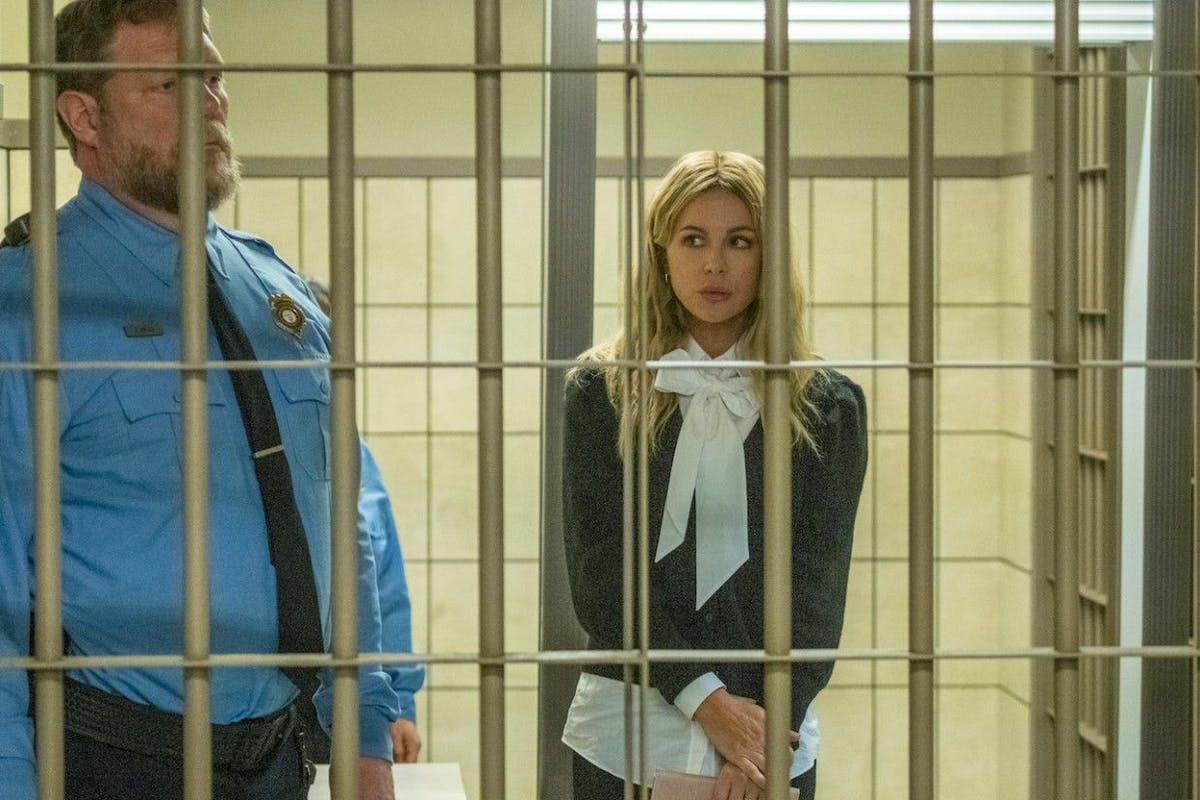 “Guilty Party” follows Beth Burgess (Kate Beckinsale), a discredited journalist desperate to salvage her career by latching on to the story of a young mother, Toni Plimpton (Jules Latimer), who has been sentenced to life in prison for maiming and murdering her husband, crimes she claims she didn’t commit. In trying to uncover the truth, Beth finds herself in over her head as she contends with Colorado gun-smugglers, clickbait culture, the doldrums of marriage, and her own tarnished past.

Bringing her signature brand of authentic confessional humor to her first-ever solo stand-up special, Phoebe Robinson gets real about therapy, interracial dating, reparations, hanging out with Michelle Obama, aging out of watching civil rights movies, and more in a no-holds-barred hour of comedy that’s both unflinchingly honest – and uniquely hilarious.

They say witches are wise women, and Ana (Gabriela de la Garza) is veeery wise. What kind of love spell do you need? Requests are welcome.

“What Happened, Brittany Murphy?” presents an in-depth, intimate character portrait exploring the life and career and mysterious circumstances surrounding the tragic death of ’90s actress and rising star, Brittany Murphy. The series will go beyond the conspiracy theories and headlines, featuring new interviews by those closest to Brittany and new archival footage.

In this hilarious and heartwarming special, Jo Firestone teaches a comedy workshop for 16 senior citizens, leading up to their first live stand-up show. 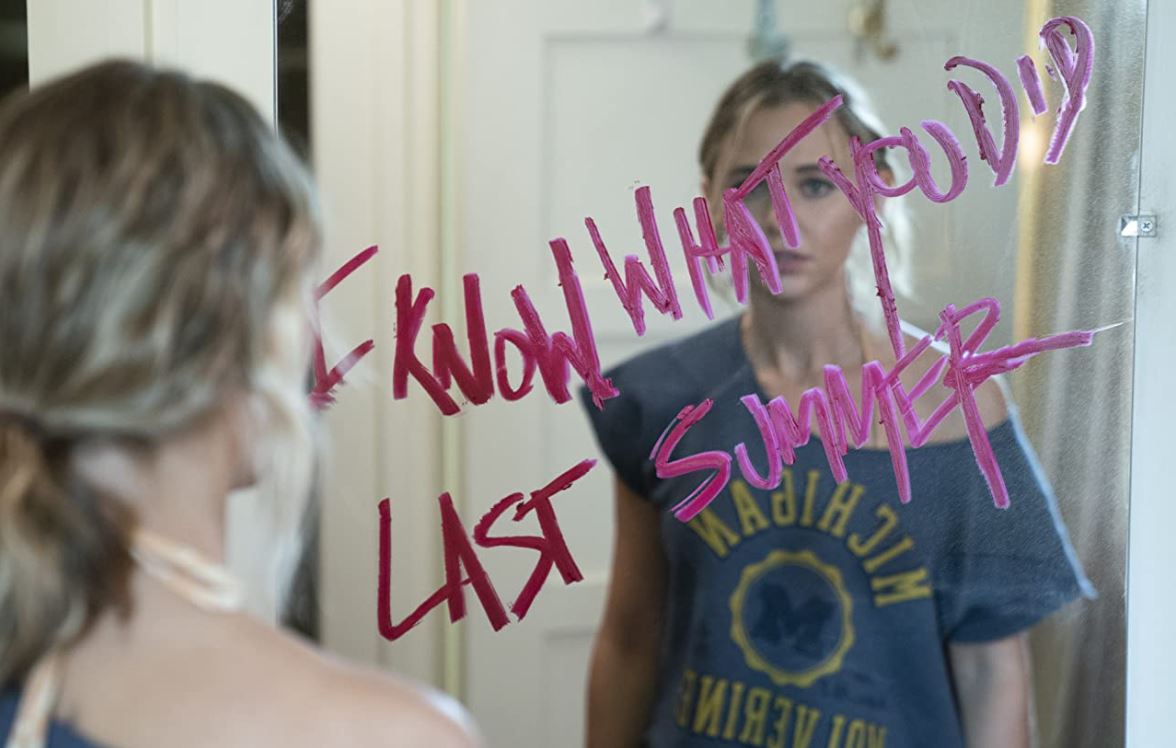 “I Know What You Did Last Summer”

One year after the fatal car accident that haunted their graduation night, a group of teenagers find themselves bound together by a dark secret at the hands of a brutal killer who stalks their every move. As they try to piece together who’s after them, they reveal the dark side of their seemingly perfect town. Everyone is hiding something, and uncovering the wrong secret could be deadly.

“My Name” (Premieres October 15 on Netflix)

Following her father’s murder, a revenge-driven woman puts her trust in a powerful crime boss — and enters the police force under his direction.

“Wakefield” follows Nik Katira (Rudi Dharmalingam), who after years working as a psych nurse at Wakefield, is exceptionally good at his job. With a gift for soothing the afflicted and reaching the unreachable, he’s the most stable person in what tends to be a pretty crazy place. But right now, as his own sanity is slipping, the question is — why? Tackling the complexity of mental illness with humor and heart, “Wakefield” explores the fine line between sanity and madness, powered by an intriguing psychological mystery. 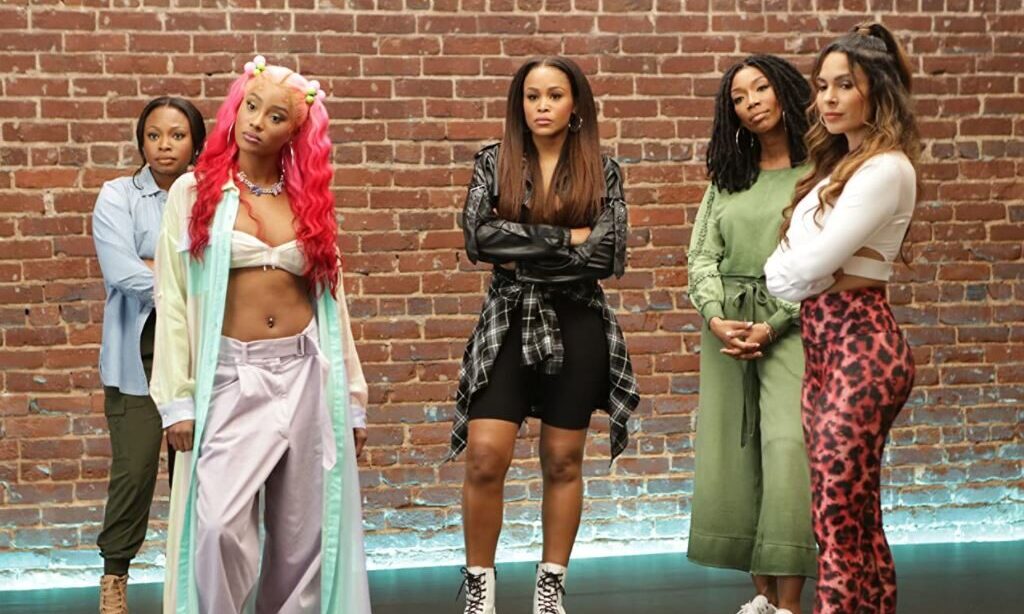 Starring Eve, Naturi Naughton, Nadine Velazquez, and Brandy, “Queens” follows four women in their 40s who reunite for a chance to recapture their fame and regain the swagger they had in the ’90s when they were legends in the hip-hop world.

“The Girl in the Woods” – Directed by Krysten Ritter and Jacob Chase; Written by Jane Casey Modderno (Premieres October 21 on Peacock)

Set in the Pacific Northwest, “The Girl in the Woods” follows Carrie’s (Stefanie Scott) escape from her mysterious, cult-like colony that guards the world from monsters hidden behind a secret door within the woods. The series also touches on contemporary social issues like LGBTQ+ discrimination, the human cost of environmentalism, and the consequences of inequality.

“Inside Job” – Created by Shion Takeuchi (Premieres October 22 on Netflix)

Lizard people? Real. The moon landing? Fake. Managing the world’s conspiracies is a full-time job for an awkward genius (Lizzy Caplan) and her dysfunctional co-workers.

“More Than Blue: The Series” – Directed by Hsieh Pei-ju (Premieres October 22 on Netflix)

In this series based on the movie, a man with a terminal illness seeks to help his beloved find a long-term partner.

4,400 overlooked, undervalued, or otherwise marginalized people who vanished without a trace over the last hundred years are all returned in an instant, having not aged a day and with no memory of what happened to them.

Host Saweetie will be joined by sex experts, talking heads, and a crew of sex-positive puppets who are representative of the broad spectrum of sex and sexualities that exist in real life to help address and describe some of the biggest myths, misconceptions, and experiences when it comes to sex and identity. 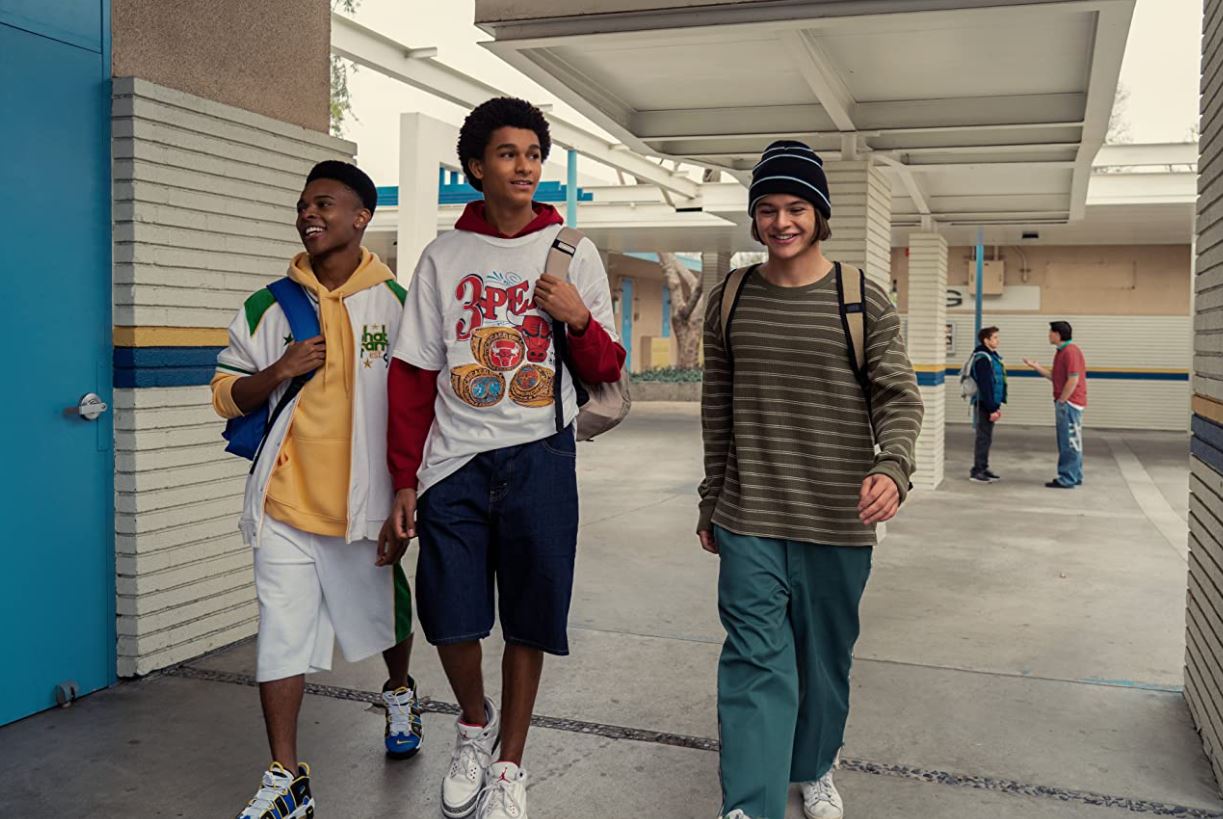 “Colin in Black And White” 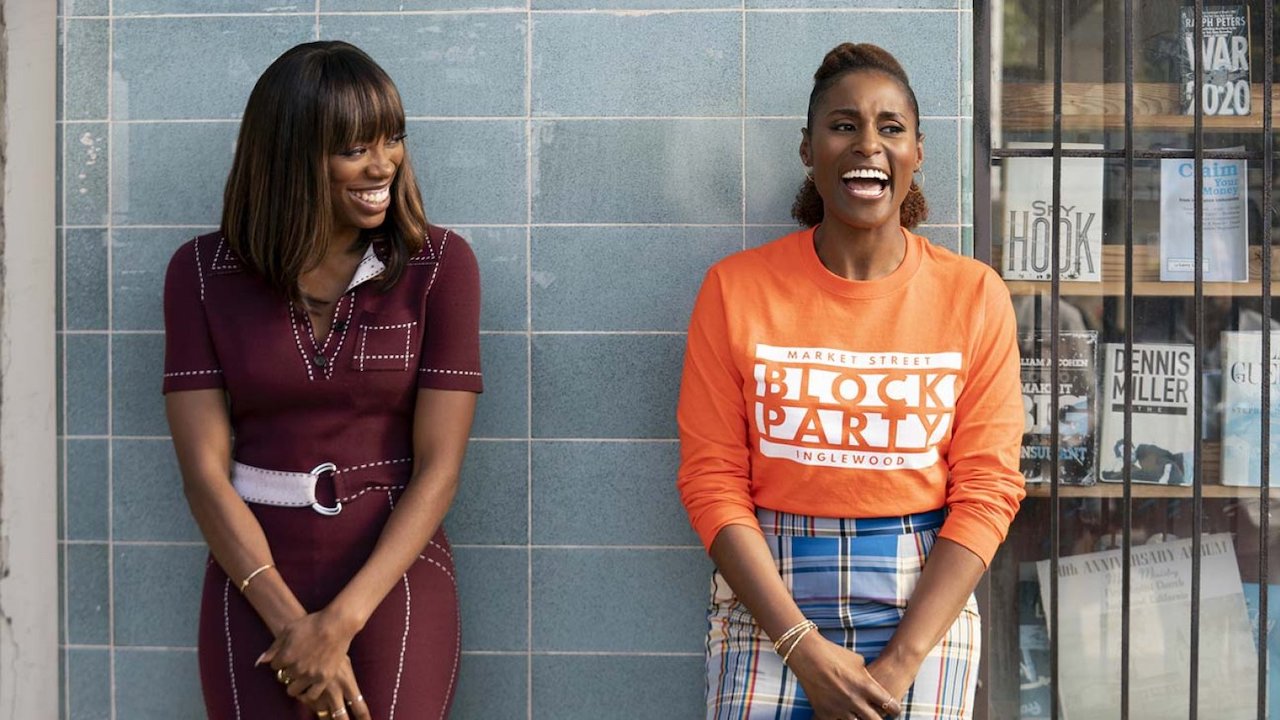 “You” – Created by Sera Gamble and Greg Berlanti (Netflix, October 15)

“All American” – Created by April Blair (The CW, October 25)