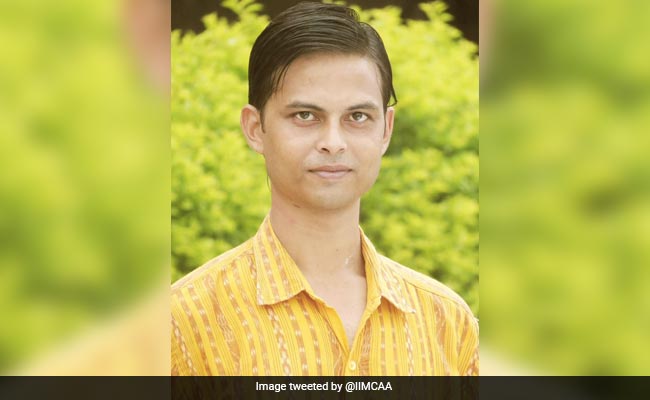 Arindam Das had boarded the powerboat which overturned due to the strong current.

He along with Odisha Disaster Rapid Action Force personnel and a camera journalist had boarded the powerboat which overturned due to the strong current in the river, the police said.

He along with other journalists and three ODRAF personnel were fished out of the water in a critical state and rushed to SCB Medical College and Hospital in Cuttack.

“Arindam was received dead. We tried to revive him for over an hour,” SCB superintendent Bhubananda Moharana told reporters.

His associate, camera journalist Pravat Singha is also admitted in the ICU of the medicine department of the hospital. “Condition of one of the ODRAF personnel is critical,” Superintendent Moharana said.

Das, 39, was popular as the “ground zero” reporter. He is survived by his son, wife and mother.

He was the chief reporter of OTV, a leading Odiya TV news channel, and covered all major events – from natural calamities like cyclones Phailin, Fani anti-naxal operations, crime as well as forest and wildlife.

Das had gone to the bank of Mahanadi river on Friday morning to cover the rescue of the elephant trapped in the swollen Mahandi as part of his assignment.

The pachyderm, which had strayed from neighbouring Athagarh forest, had come to the bank on its own but had gone back to the middle of the river after finding a large crowd on the bank. The ODRAF team deployed at the spot decided to chase the animal from the other side of the river so that it returns to the bank and Das too accompanied them in the power boat, one of his colleagues said.

“Hon’ble Governor is sad to learn about the untimely demise of young Odia journalist Arindam Das and conveyed his heartfelt condolences to his family & colleagues. Prayers for the departed soul. Om Shanti,” the governor said in a twitter post.

Mt Patnaik tweeted, “I am saddened to learn about the demise of young journalist Arindam Das while on duty. It’s an irreparable loss for Odia Journalism. My deep condolence to his family. I also wish speedy recovery of other injured persons.”