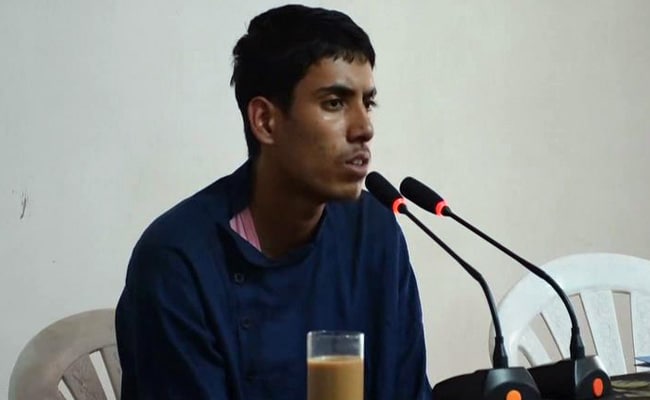 The Army today released video of a captured Pakistani terrorist, Ali Babar Patra, who has said that he was trained by the Lashkar e Taiba and the Pakistan Army.

The 19-year-old surrendered during a counter- infiltration operation by the army in Jammu and Kashmir’s Uri sector on Monday.

The video shows him interacting with the media at an army camp in Uri sector.

He told the reporters that he was provided Rs 20,000 by his handlers to cross over and take arms supplies to Pattan in Baramulla district.

He claimed that he was promised a second instalment of Rs 30,000 after the tranche was delivered.

Patra also says he was trained in a Lashkar camp in Muzaffarabad and infiltrated with a group of six terrorist on September 18.

This is a rare operation in recent years when the army captured a Pakistani terrorist near the Line of Control. The infiltration attempt was stopped at the same area where terrorists crossed over in 2016 for the audacious terror strike on an army camp in Uri, in which 19 soldiers were killed.

The army said the terrorist launch pads have been activated and the recent infiltration attempts are aimed at carrying out sensational attacks in Kashmir.