On Camera, Cattle Thief Beaten With Slippers In Madhya Pradesh 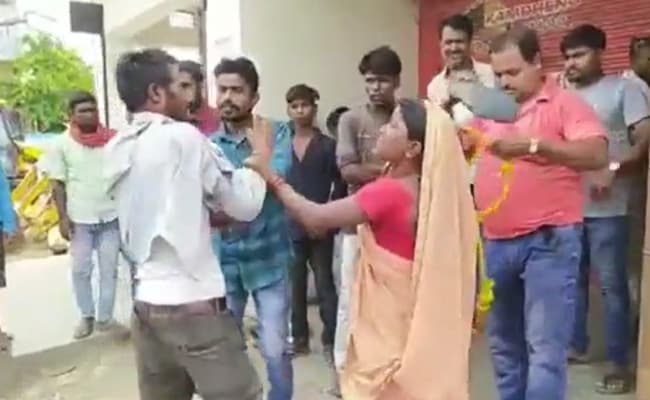 A cattle thief was beaten and the act was filmed after he was caught red-handed by the locals in Madhya Pradesh, said police.

The incident occurred in Singrauli district. The accused was identified as Radheshyam Shah, 40, a resident of Deosar in the district.

He was seen with his hands tied with a rope and shirt torn, in a video that has now gone viral on social media.

On information, cops reached the spot and took the accused in custody.

The accused was allegedly caught red-handed after stealing a buffalo from outside a house, following which the locals tied his hands and beat him. The owner of the cattle too thrashed him with slippers.

He has allegedly admitted his role in several incidents of cattle theft in the area.