‘One Flew Over the Cuckoo’s Nest’ Actor Was 88 – Deadline 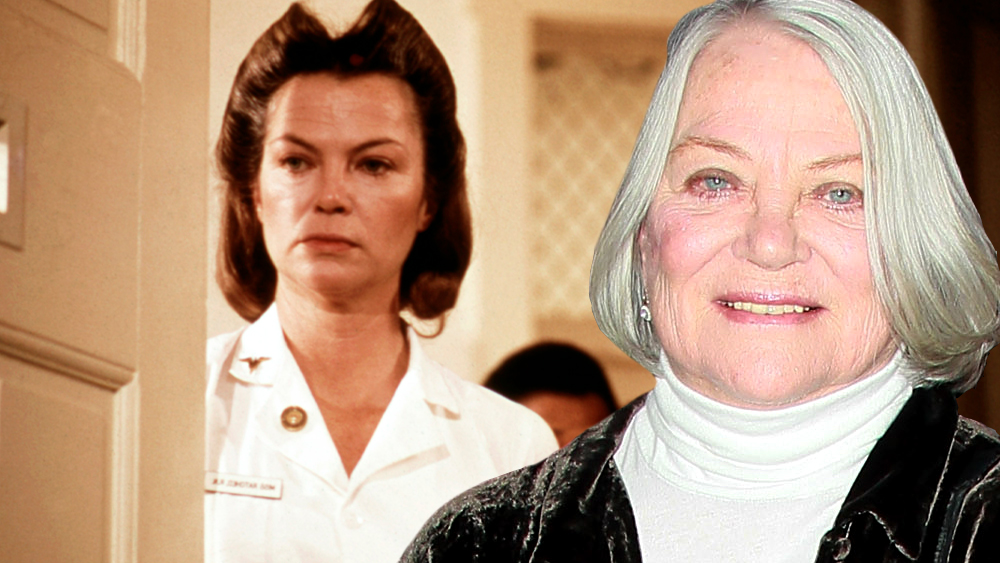 Louise Fletcher, whose Oscar-winning performance as the sadistic Nurse Ratched in 1975’s One Flew Over the Cuckoo’s Nest gave Hollywood one of its greatest all-time villains and provided the culture with a portrait of bureaucratic evil so indelible that the character’s last name could carry a TV series 45 years later, has died at her home in Montdurausse, France. She was 88.

Her death was announced to Deadline by her family through agent David Shaul. Although no cause was specified, Shaul said she passed away in her sleep at the home she had built from a 300-year-old farmhouse, surrounded by family. Earlier today, she said to her family about her beloved home, “I can’t believe I created something so meaningful to my well-being.”

Although forever linked with her most famous character, Fletcher enjoyed an acting career that spanned more than 60 years and included numerous performances in both television and on film. On Star Trek: Deep Space Nine, she had a recurring role as the Bajoran religious leader Kai Winn Adami, and guest-starring roles on Picket Fences and Joan of Arcadia brought Emmy nominations in 1996 and 2004, respectively.

Born July 22, 1934, in Birmingham, Alabama, to deaf parents – she used sign language in her Academy Award acceptance speech, one of Oscar’s most memorable moments – Fletcher began her acting career in the late 1950s on such episodic TV series as Lawman, Bat Masterson, Maverick, The Untouchables and 77 Sunset Strip.

Similar roles followed at a steady clip throughout the 1960s, with appearances on Sugarfoot, Perry Mason and The Life and Legend of Wyatt Earp. She appeared on film in 1963’s A Gathering of Eagles and, more fortuitously, in 1974’s Thieves Like Us, directed by Robert Altman. It was her performance in the latter film that drew the interest of director Miloš Forman, who was in the process of casting his film adaptation of a 1962 Ken Kesey novel set in a mental institution and focusing on the conflict between a man feigning insanity to avoid prison and the domineering head nurse who demands conformity and obedience at all costs.

With Jack Nicholson set to star as the headstrong anti-hero patient Randle McMurphy, Foreman spent the better part of a year looking for a potential co-star who could hold her own against the actor, then riding high from the success of Chinatown. The director reportedly made offers to, among others, Colleen Dewhurst, Ellen Burstyn, Anne Bancroft and Geraldine Page before deciding he had found his tyrannical Mildred Ratched in Fletcher.

One Flew Over the Cuckoo’s Nest was an immediate critical and box office hit, and would sweep the year’s Oscars by winning the awards for Best Picture, Best Director, Best Leading Actor, Best Leading Actress and, for the work of Lawrence Hauben and Bo Goldman, Best Screenplay.

In winning her Oscar, Fletcher became only the third woman to win the Academy Award, the BAFTA Award and the Golden Globe Award for a single performance. So indelible was her portrayal that in 2020, the Ryan Murphy-Evan Romansky Netflix series Ratched – a prequel of sorts to the novel and film, with Sarah Paulson in the starring role – would need only the single-word title to evoke the sense of dread and cruelty conveyed by Fletcher decades earlier.

The impact of the Oscar win was, she later recalled, exhilarating but fleeting. In a 1995 interview with The New York Times, she advised that year’s winners to “Just enjoy it; it’ll make you wonderfully happy for a night. But don’t expect that it’ll do anything for your career.”

In the same interview, she recalled a prophetic comment made backstage on Oscar night by the Czech-born Foreman. “Milos said, ‘Now we’re all going to make flops.’ It was true. I made The Heretic – the second Exorcist – and it was a huge flop. Milos did Ragtime. And Jack did Missouri Breaks. That’s Czech prophecy.”

Exorcist II: The Heretic (1977) ushered in a string of high-profile but less-than-successful films: The Cheap Detective (1978), The Lady in Red (1979), Brainstorm (1983), Blue Steel (1990), and Cruel Intentions (1999), among others. In a more memorable role, she played the Ratched-esque mother of Karen and Richard Carpenter in the 1989 TV-movie The Karen Carpenter Story.

A career revival began just a few years later when, in 1993, she landed the recurring role of the devious Bajoran religious leader Kai Winn Adami on Star Trek: Deep Space Nine. In 1996 she guested on Picket Fences as yet another cold-as-ice character, playing the estranged mother of the town mayor (portrayed by deaf actor Marlee Matlin). As a woman who rejected her deaf daughter, Fletcher earned an Emmy nomination.

Fletcher was nominated for another Emmy for her 2004 appearance as an elderly music teacher on Joan of Arcadia.

Subsequent TV roles included appearances on 7th Heaven, Private Practice and, from 2011-12, Shameless, in which she memorably recurred as the meth-cooking jailbird mother of William H. Macy’s Frank Gallagher. Her final TV credit was in the 2017 Netflix comedy Girlboss.

Fletcher was married to film producer Jerry Bick from 1959 until their divorce in 1977. She is survived by sons John and Andrew Bick; granddaughter Emilee Kaya Bick; sister Roberta Ray and brother-in-law Edward Ray; and 10 nieces and nephews.