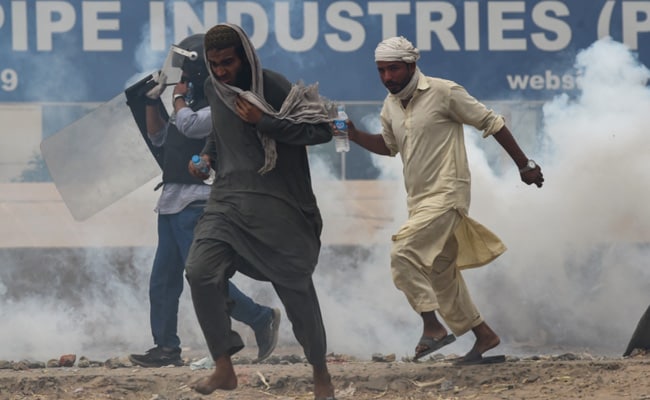 As many as 500 personnel of Pakistan paramilitary forces and a contingent of 1,000 frontier personnel are being deployed on Saturday to stop a possible march to Islamabad by the proscribed hardline Islamist group — Tehreek-i-Labbik Pakistan (TLP).

This comes after TLP had announced that it will start a “long march” towards Islamabad on Friday against the detention of its chief Hafiz Saad Hussain Rizvi.

“The peaceful Namoos-i-Risalat march of the Tehreek-i-Labbaik Pakistan towards Islamabad will start after Friday prayers” from the TLP’s Markaz (headquarters), the statement said, adding that the group also had a “plan B” in case its members were stopped from marching on the capital, Dawn newspaper reported.

The publication stated that the capital administration approached the Pakistan interior ministry to seek personnel of Rangers and the Frontier Constabulary (FC).

This decision was taken by the government after the first round of negotiations held in Lahore concluded without any result.

Hundreds of TLP workers have been participating in a sit-in in Lahore to exert pressure on the Punjab government for the release of its chief, Hafiz Saad Hussain Rizvi, the son of its late founder Khadim Rizvi. The younger Rizvi has been kept in detention by the Punjab government since April 12 for “maintenance of public order”.

In a statement issued prior to the announcement of the long march, the TLP’s Majlis-i-Shura (executive council) had decried that the group’s members had been staging a “peaceful protest” in the streets for the past 15 days, yet their demand for the implementation of an agreement reached between them and the government earlier this year remained unmet.

Rizvi has been detained by the Punjab government since April 12 for “maintenance of public order (MPO)”. He was initially detained for three months and then again under the Anti-Terrorist Act on July 10.

A federal review board is scheduled to take up the government’s reference against him on October 23, as per the publication.