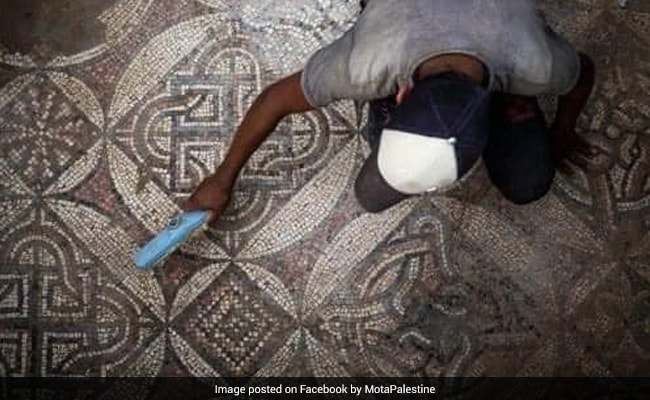 Man sweeps dust off parts of a Byzantine-era mosaic.

Ancient mosaic floors were recently discovered in the central Gaza strip, the Tourism and Antiquities Ministry announced on Saturday on Facebook while revealing photos of the site. According to a statement by the ministry, the Byzantine mosaics dating from the 5th to 7th centuries were discovered after being excavated by a Palestinian farmer, identified as Suleiman al-Nabahin, ploughing his land. 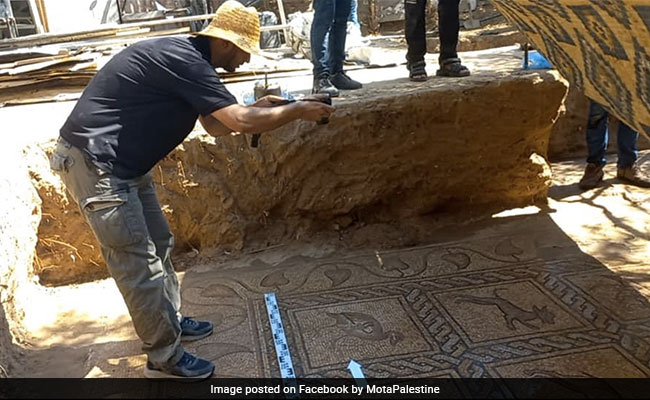 Man clicks photo of Byzantine-era mosaic floor that was uncovered by a farmer in central Gaza strip.

French archaeologist Rene Elter, a researcher associated with the French Biblical and Archaeological School of Jerusalem whose team examined the finds, informed that the beautiful mosaic floors were found in an area less than a kilometre from the often tense border with Israel. He also added that the mosaics are “in a perfect state of conservation”.

“It’s work of excellent quality, they used materials that were certainly relatively expensive,” Mr Elter stated, as per AFP. 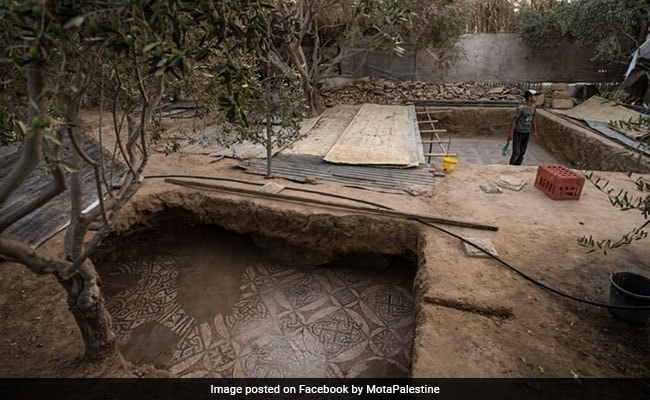 A view of parts of a Byzantine-era mosaic floor that was uncovered earlier this month.

According to the researcher, the mosaics may have adorned the floor of a church or private villa. They depict animal and social life dating back to the Byzantine area. They also show geometric shapes and additional architectural monuments and remains of ancient walls. 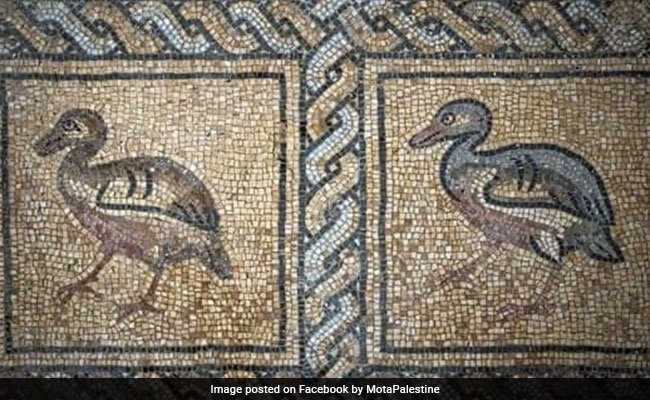 A detail of part of a Byzantine-era mosaic floor.

On Facebook, the Tourism and Antiquities Ministry said, “This provides us with historical information and details about the ancient civilizations and anthropology in Gaza, the historical and economic relations with the ancient regional environment and the status of Palestine across the world, which we will provide you with details about when excavating and revealing its secrets.” 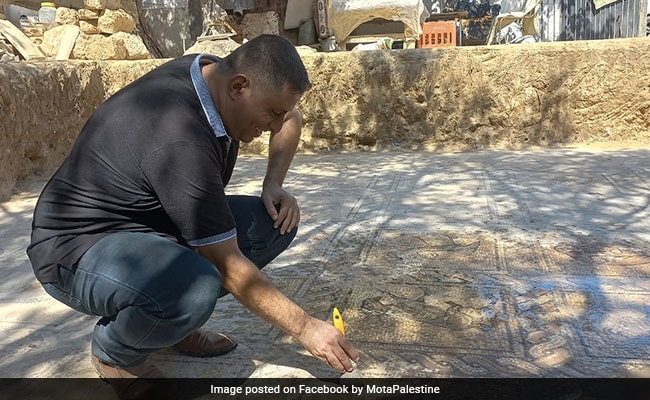 Archaeologist cleans the ancient find with a brush.

The ministry’s technical crew is working in partnership with international experts and archaeologists from the French Biblical and Archaeological School of Jerusalem. They continue to perform their daily tasks to uncover the details of the “important” archaeological site. “We are waiting to learn more secrets and cultural values, in the various eras that lived on the land of Gaza,” the officials wrote on social media. 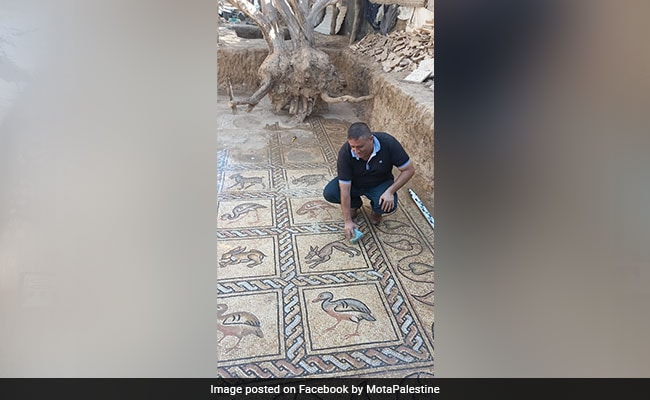 Details of parts of the beautiful mosaic floor.

The stunning mosaic floors are the latest in a series of Byzantine archaeological finds in Gaza in recent years. The region, which is a narrow enclave on the Mediterranean Sea, boasts a trove of antiquities and archaeological sites as it was a major land route connecting Egypt and the Levant in ancient times. The coastal strip is full of remains of past civilisations, from the Bronze Age to the Islamic and Ottoman eras. 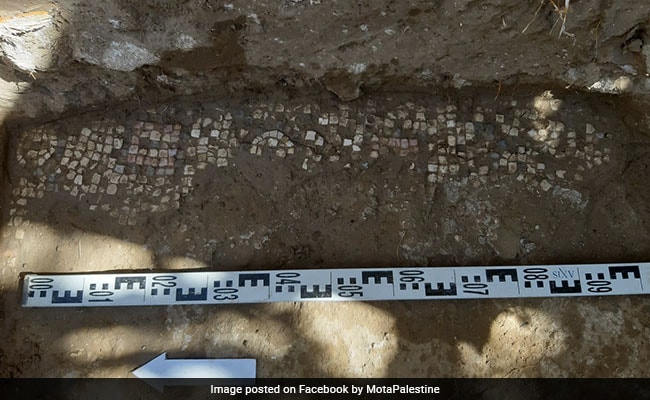 Notably, the Byzantine era was a time of wealth and artistic patronage in Palestine. It ended with the Muslim conquest of the late 630s. Contemporary Gaza, however, is impoverished and densely populated. Around 2.3 million people live in the territory, which has been blockaded by Israel since 2007.