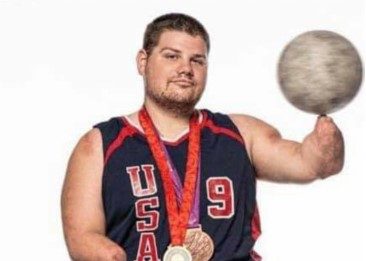 Nick Springer, a Paralympics medalist for Team USA and son of entertainment publicist Gary Springer, died at age 35 on Wednesday, April 14. No cause of death was given, but his demise was described as “sudden.”

After contracting Meningococcal Meningitis at age 14, Springer had both legs amputated above the knees and both arms to mid-forearm.

Undaunted, Springer began playing sled hockey before he was fully finished with rehab, and at age 16, segued into Quadriplegic Wheelchair Rugby (“Murderball”) which, as a leading member of Team USA, brought him five international gold medals, including at the 2008 Beijing Olympics.

At the 2012 London Paralympics, Nick and Team USA took the bronze after falling to arch-rival Canada by one point in the semi-final game.

A gifted public speaker, Springer used humor, charm and his personal stories to persuade audiences about the power of sports in disabilities. He was also a champion for vaccinations against Meningococcal Meningitis, becoming instrumental in passing legislation to support vaccinations against the virus.

Springer graduated in May, 2010 from Eckerd College in St. Petersburg, FL and had spent the last few years consulting with Novartis, as well as the international pharmaceutical company GSK. He traveled the U.S. and internationally, speaking to health officials, education organizations, and others about the need for meningitis vaccination, as well as his journey of survival and just plain living and enjoying life.

He was also a spokesperson for the National Meningitis Association (of which his mother was a co-founder) and Honorary Chairman of the NMA’s annual gala, “Give Kids A Shot.”

Survivors include father Gary and partner, Elizabeth, sister Oliva and husband Kevin, and one-year-old nephew, Jackson, in addition to many aunts, uncles, cousins and friends. His mother, Nancy Springer predeceased him.

Donations in Nick Springer’s honor can be sent to the Wheelchair Sports Federation.