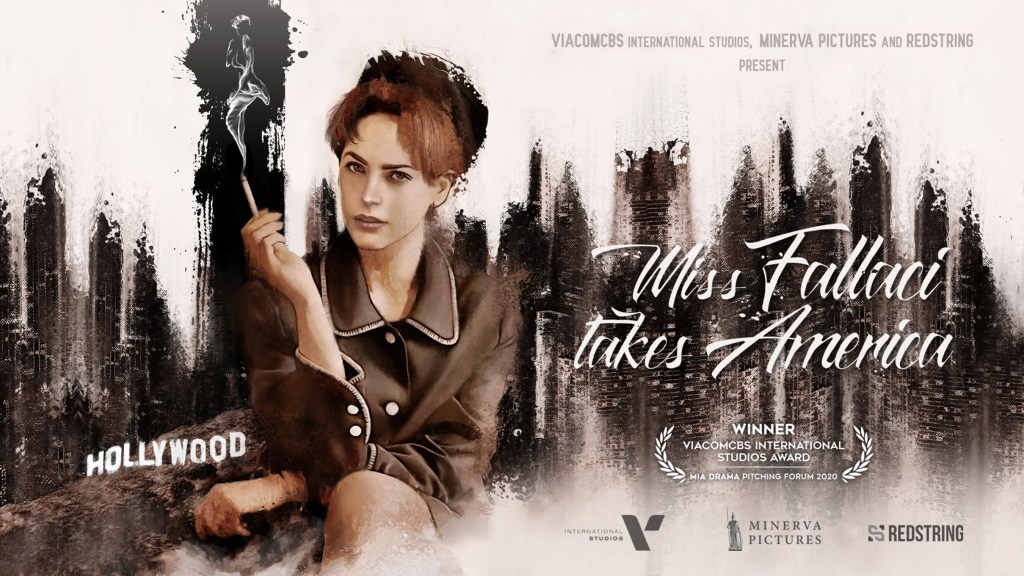 ViacomCBS has set its debut Italian original for Paramount+, a retelling of the life of Hollywood journalist Oriana Fallaci co-produced by Viacom International Studios (VIS) and Italian producer Minerva Pictures.

Miss Falacci Takes America will debut next year, portraying Fallaci’s early life as an Italian journalist in Hollywood in the 1950s as she worked as an entertainment correspondent. With a disenchanted gaze, Fallaci observes the society and customs of America during the time and is fascinated by its contradictions.

The series has been unveiled as Paramount+ gears up for rollout in the likes of the UK, Ireland and Germany, while ViacomCBS/Comcast streamer Showtime is set to launch in 20 smaller European territories.

“I’m sure that the fascinating story of Oriana Fallaci, who became part of the history of international journalism, will capture the attention of both Italian and international audiences.”

VIS and Minerva will produce the series in collaboration with RedString.