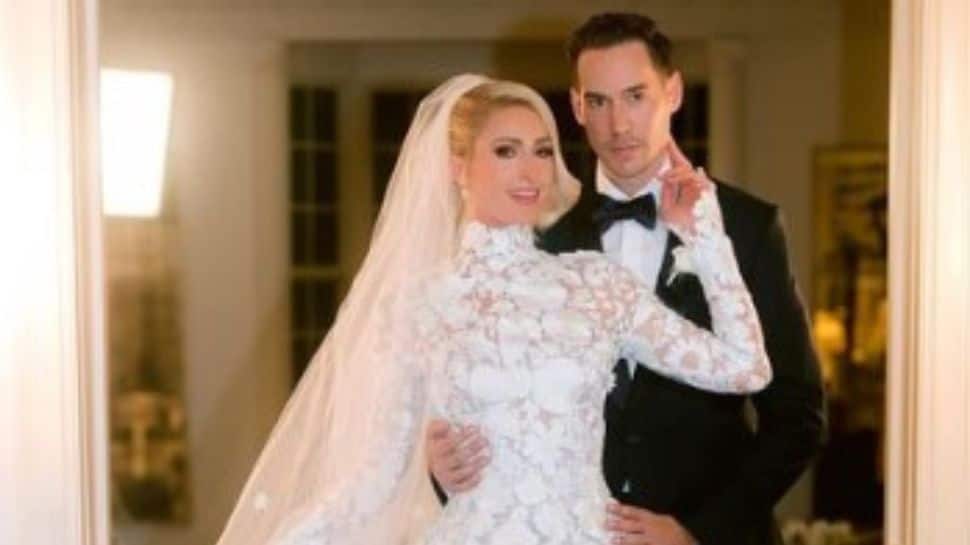 California: `This is Paris` actress and influencer Paris Hilton recently celebrated the first wedding anniversary with husband Carter Reum, with the couple splashing their riches. Having tied the knot with the venture capitalist back in 2021, Paris revisited the venue where she took her wedding vows — the Santa Monica Pier.

According to a report by E Online, `The Simple Life` star held a neon carnival-themed party, which bore resemblance to the after-party she threw last November. The Santa Monica Pier was decorated in Paris-themed games, prizes and a lot more for the spectacular celebration. Paris had two wardrobe changes throughout the night. Upon arrival, the 41-year-old appeared in a multi-coloured mesh Oscar De La Renta mini-dress paired with matching neon-coloured heels and shades. As the event progressed, she was also seen in a pink-coloured catsuit which was skin-tight and had her iconic word `SLIVING` written over it, reported E! Online.

Hilton and Reum had a galaxy of guests, including their famous family members and celebrity friends on the occasion, dubbed `Paris World`. Paris` mother Kathy Hilton and sister Nicky, along with DJ`s Diplo and Zedd were some of the attendees. `Pitch Perfect` star Rebel Wilson was also present along with her girlfriend Ramona Agruma. She took to Instagram to share her experience of the extravaganza through her stories as well as a post. `Totally SLIVING last night!!` – exclaimed Rebel in the caption of the post, which featured a group shot alongside Paris and a video of her dancing in the neon-themed party.

According to E! Online, Paris and Carter read their nuptial vows on November 11, 2021. The celebration went on over an entire weekend, with a host of events lined up. A neon-themed party was also held, which was documented in her infamous reality show `Paris In Love`.