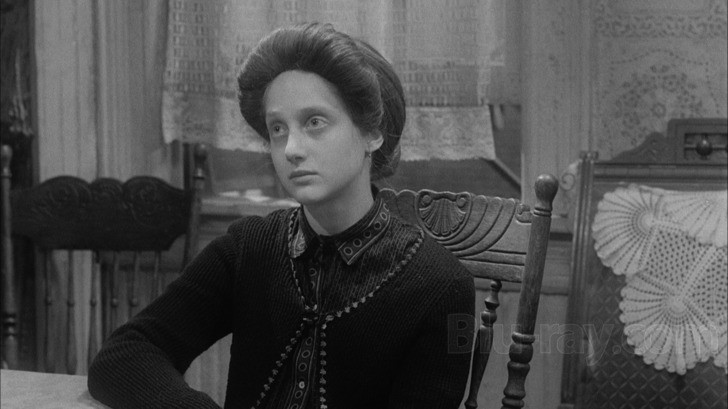 The old and the new collide in Joan Micklin Silver’s beloved “Hester Street.” The Oscar-nominated 1975 portrait of Jewish immigrant life in turn-of-the-century New York has received a 4K restoration and theatrical rerelease. I watched the restoration this week, marking the first time I had seen the National Film Registry selection, and was struck by how much it works as both a celebration of a specific community during a specific moment in time, and as a wistful tale of a disintegrating marriage.

Jake, née Yankle (Steven Keats), is an Eastern European immigrant who is loving his new life in America, from the money to the porous class system to the relative religious and sexual freedoms. He has been settled in New York, and enjoying affairs with several different women, for a few years before his wife Gitl (Carol Kane in an Oscar-nominated performance) and son Yossele (Paul Freedman) join him. Suddenly Jake is reminded of the person he was before he emigrated, and can’t reconcile it with the person he has become in New York.

Things are even harder for Gitl, who struggles to learn English and is more committed to Jewish custom than Jake. She is horrified when her husband asks her to stop covering her hair and when, despite her protests, he cuts off Yossele’s Peyot and renames him “Joey.” She doesn’t understand why her husband is so contemptuous of her in their new country, when he couldn’t get enough of her at home. Gitl is able to connect more with Mr. Bernstein (Mel Howard), their studious boarder who is as reluctant to assimilate as she.

“Hester Street” is different from many immigrant stories in that it barely engages with the non-immigrant community. It’s an insular narrative about the people and experiences of the Jewish neighborhood of the Lower East Side. One scene features a bigoted customs agent, but for the most part, the film is interested in the folks of Hester Street and how they work together to find employment, housing, security, and happiness in America. For some, that means integrating their old life with the new; for others, pretending their old life never existed.

That seems to feed the fissure in Gitl and Jake’s marriage. Perhaps “Jake” is the person he always wanted to be, or maybe his own self-hatred motivated his assimilation; in any case, Jake’s discomfort with Gitl is definitely tied to his discomfort with his past. As for Gitl, she’s slowly realizing that she no longer knows her husband — and doesn’t really want to. Amid all the pressure to wholeheartedly assimilate and fully reject her heritage, Gitl finds the courage to make America her home without Jake, and without giving up her cultural identity.

For those of you who are already “Hester Street” fans: I recommend the restoration for its beauty, especially the way the black and white cinematography evokes the silent film era, in which the story takes place. For my fellow “Hester Street” newcomers: I recommend the restoration for its empathic take on the immigrant story, its loving depiction of Jewish American history, and Kane’s powerful but understated leading turn. It’s one of those classic films that stands the test of time.