‘Pinch me!’: Parineeti Chopra is all excited as she unveils first look poster from Sooraj Barjatya’s ‘Uunchai’ | Movies News 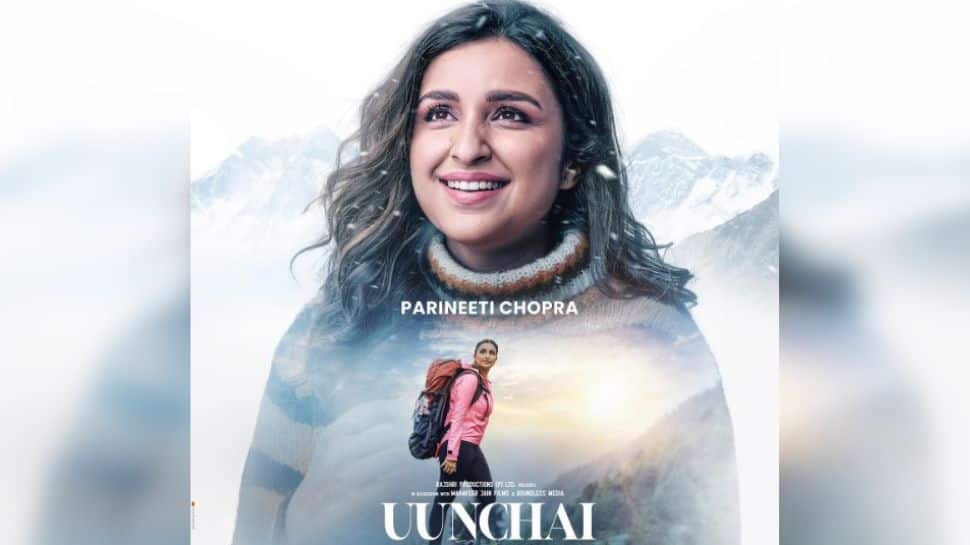 New Delhi: Bollywood actor Parineeti Chopra, on Sunday, unveiled her first look poster from Sooraj Barjatya`s upcoming family entertainer film `Uunchai`. Taking to Instagram, Parineeti dropped the poster which she captioned, “Extremely grateful and forever indebted to Sooraj Sir for giving me Shraddha in his #Uunchai. I grew up watching his films, and today I am starring in one.. Pinch me! Catch this beautiful film in a theatre near you on 11.11.22.”

As soon as she dropped the poster, fans of the actress got excited and started posting comments and heart emojis on the post. “Fav Fav,” commented one user. “Looking best hit hai,” added another user.

Helmed by Sooraj Barjatya, the film also stars Amitabh Bachchan, Anupam Kher, Boman Irani, Neena Gupta, and Danny Denzongpa in the lead roles.`Uunchai` is all set to hit the theatres on November 11, 2022. Previously makers unveiled the first-look posters of Amitabh, Anupam and Boman Irani. The film marks the first-ever collaboration of the `Kill Dill` actor along with Amitabh Bachchan and Sooraj Barjatya. The film marks the directorial comeback of Sooraj Barjatya after his 2015 family drama `Prem Ratan Dhan Payo` which starred Salman Khan, Sonam Kapoor and Anupam Kher in the lead roles.

Makers are all set to unveil the official trailer of the film on October 18, 2022. Meanwhile, Parineeti was recently seen in an action thriller film `Code Name Tiranga` alongside Harrdy Sandhu. Helmed by Ribhu Dasgupta, the film got a decent response at the box office.

Parineeti Chopra made her debut in Bollywood with ‘Ladies vs Ricky Bahl’ alongside Ranveer Singh and Anushka Sharma.