PM Modi Yet To Acknowledge This “Epic Failure”: Mallikarjun Kharge On Demonetisation 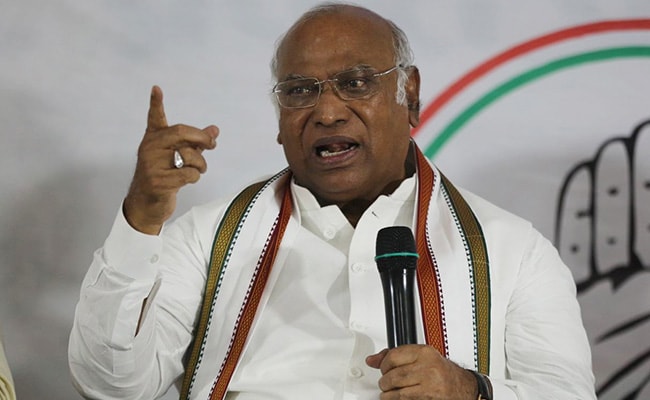 Congress president Mallikarjun Kharge attacked Prime Minister Narendra Modi on Monday over his government’s 2016 demonetisation move, saying the Prime Minister is yet to acknowledge this “epic failure” that led to the “fall of the economy”.

Mr Kharge’s remarks, a day before demonetisation’s sixth anniversary, came over a media report which said that the currency with the public has jumped to a new high of Rs 30.88 lakh crore as of October 21.

“Demonetisation was promised to free the country of black money. But it destroyed businesses and ruined jobs. 6 years after the ‘masterstroke’ the cash available in public is 72% higher than that in 2016,” Mr Kharge said in a tweet.

“PM is yet to acknowledge this epic failure that led to fall of economy,” the Congress president said.

According to the fortnightly data on money supply released by the RBI on Friday, the currency with the public increased to Rs 30.88 lakh crore as on October 21. The central bank data for Reserve Money had put the currency in circulation at Rs 17.7 lakh crore on November 4, 2016.

Currency with the public refers to notes and coins used by people to transact, settle trades, and for buying goods and services. The figure is arrived at after deducting cash with banks from the currency in circulation.

On November 8, 2016, Prime Minister Modi announced the decision to withdraw Rs 500 and Rs 1,000 denomination notes with the ultimate aim of reducing “corruption and black money” in the economy.

Freebie vs Welfare: Who Draws The Line?