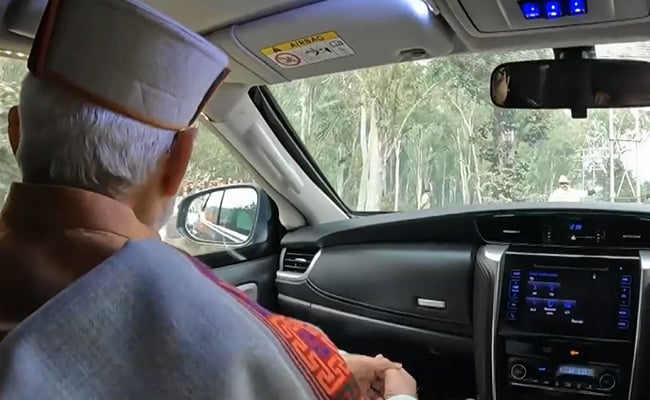 Prime Minister Narendra Modi’s convoy stopped today to let an ambulance pass during his visit to Himachal Pradesh’s Kangra in the final leg of the campaign for the Assembly polls due Sunday.

The Prime Minister is in Himachal Pradesh for the last leg of the ruling BJP’s campaign for the state polls.

Addressing a rally at Chambi in Kangra today, the Prime Minister said Himachal Pradesh needs a stable and strong government of “double engine” and linked the Congress with “instability, corruption and scam” as he sought people’s vote for the BJP.

The Kangra district has the largest number of assembly seats in the state.

Later, while speaking in Sujanpur, he accused the Congress of “betraying” the state when it was in power at the Centre and termed it an “enemy” of development.

He said the Congress, the main challenger to the BJP’s bid to retain power in the hill state, will only hamper development if it is elected to power in the state.

The BJP, he said, is identified by people with good governance and pro-poor policies and that is why it is elected to power again and again, he said, referring to the party’s win in several states where it was in power.