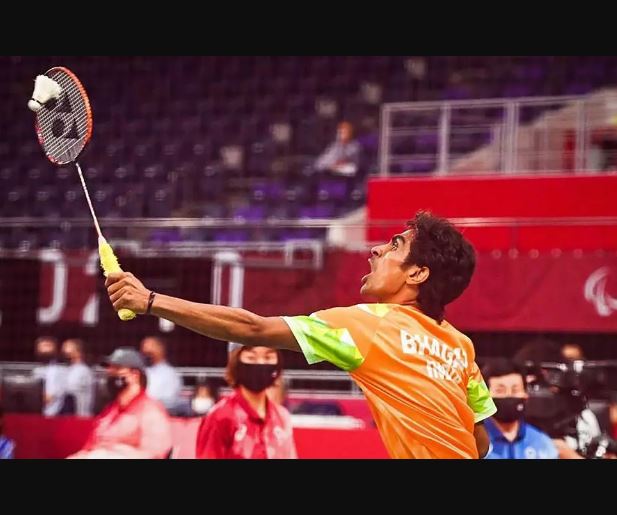 Taking the court first, Bhagat defended his men’s singles SL3 title in style as he defeated compatriot Nitesh Kumar 21-19 21-19 in 53 minutes to clinch the gold medal.

For Ramadass, it was a dream come true moment as she beat local star Mamiko Toyoda 21-15 21-15 in women’s singles SU5 finals.

Having started playing senior international only in March this year, it was definitely a milestone for the 17-year-old from Chennai, who stayed dominant throughout the match.

“This has been the biggest moment of my life. I have waited for this moment and worked hard for the past few months for this. It feels awesome to be the world champion. I hope I can continue with such result and make my country proud in future events,” said Ramadass.

Bhagat now has 11 medals, including six gold, two silver and three bronze medals in the world championships. He has the distinction of reaching the finals in all the editions, barring 2007 and 2017 World Championships.

“It feels nice to become the world champion again. This year has been decent for me and ending the year with another milestone is great,” said Bhagat.

“The match wasn’t easy as we knew each other game and strategies, Nitesh was making a comeback in the second game but I am happy to pull it off.

“This win is huge for me as I have been working very hard. This win tells me that I am moving in the right direction.”

However, Bhagat and Manoj Sarkar had to settle for silver in the men’s doubles SL3-SL4 event after the duo squandered a game advantage to lose to Indonesia’s Hikmat Ramdani and Ukun Rukaendi 21-14 18-21 13-21.

See Who Else Made The Cut – Deadline

Previous articleSuryakumar Yadav Reveals Batting Strategy After Match-Winning Knock vs Zimbabwe In T20 WC
Next article“Suryakumar Yadav Is A Joy To Watch, Every Time Puts On A Show”: Rahul Dravid
LocalTak™Sabse Tez