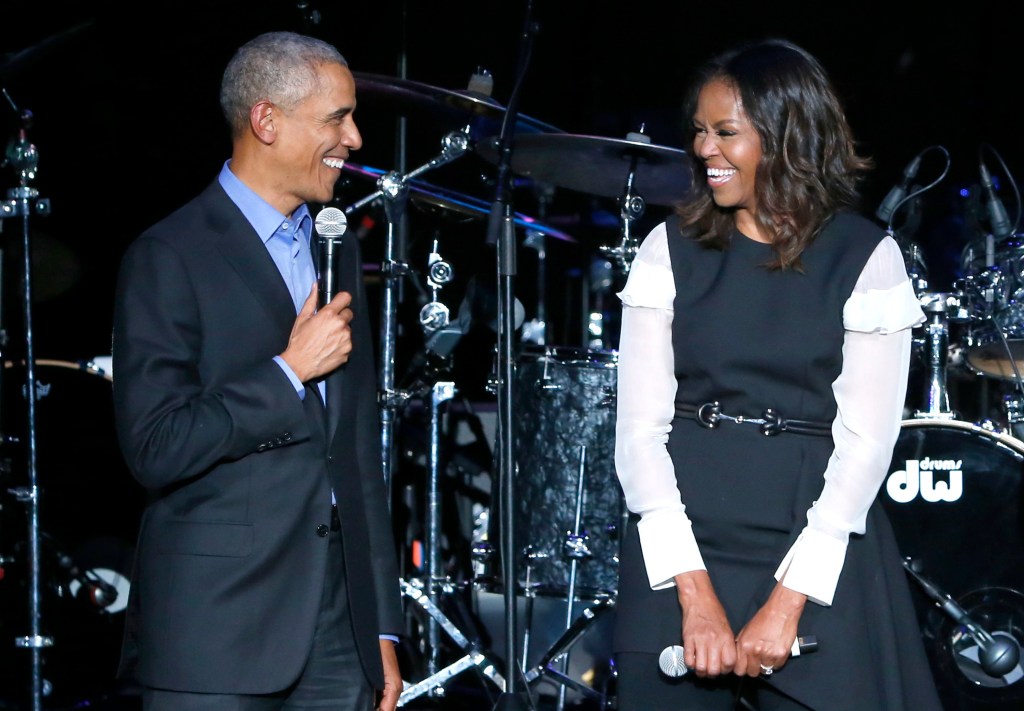 The company, which is behind audio series such as Renegades: Born in the USA with Bruce Springsteen, has struck a first-look deal with Amazon’s Audible.

It comes after the former President and his wife parted ways with Spotify, where they previously struck a deal in 2019. There had long been rumors that the former Commander-in-Chief was unhappy with his company’s deal with Spotify.

It’s not clear whether the deal will give the Obama’s more flexibility in terms of distribution – given that Audible is also a walled-garden platform – but the fact that it is a first-look deal rather than an overall pact, means that it might be able to sell shows to other platforms outside of the arrangement.

Audible noted that the Higher Ground slate of shows would “the companies’ shared mission to tell meaningful and entertaining stories that elevate diverse voices and experiences”.

Other Higher Ground audio series include The Big Hit Show, a series of audio documentaries hosted by Alex Pappademas, Tell Them, I Am, a podcast collection of universal stories from Muslim voices, The Michelle Obama Podcast and upcoming series The Sum of Us podcast series, based on Heather McGhee’s book.

It audio division is run by Head of Audio Dan Fierman, who joined in November 2019.

“At Higher Ground, we have always sought to lift up voices that deserve to be heard — and Audible is invested in realizing that vision alongside us. I’m looking forward to partnering with them to tell stories that not only entertain but also inspire,” said President Obama.

“We are so proud of the stories we have been able to tell at Higher Ground, and there’s no one we’d rather write our next chapter with than Audible. Together, we will keep striving to tell compelling, provocative, and soulful stories—while doing everything we can to make sure they reach the folks who need to hear them,” added Michelle Obama.

“We have long recognized President and Mrs. Obama’s historic capacity to captivate,” said Don Katz, Audible’s Founder and Executive Chairman. “We are thrilled to welcome two of the most profound voices of moral and intellectual leadership of our times into the Audible fold, and to be able to elevate President and Mrs. Obama’s singular ability to provide hope and uplifting guidance—needed now more than ever—through their voices.”