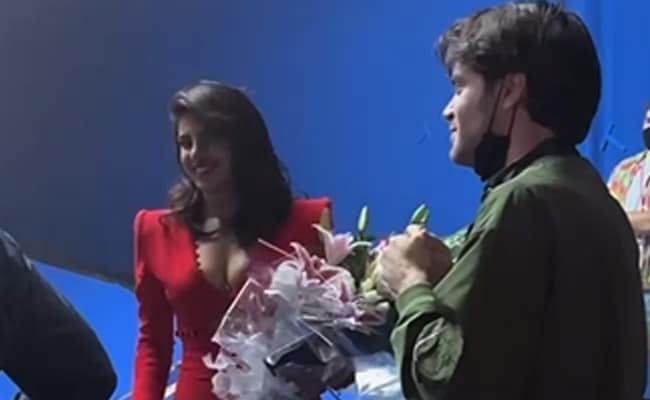 A still from a video Priyanka Chopra shared. (courtesy: priyankachopra)

New Delhi:Priyanka Chopra, who was busy shooting for her upcoming web series Citadel, has “finally” wrapped up the shooting. On Saturday, the actress shared a post on her Instagram stories announcing that the shooting of Citadel is “almost” at the end. Now, announcing the final wrap, Priyanka has dropped a video wherein we can see her driving around with her pet dog Diana in the custom car that her husband Nick Jonas gifted her on set. The video also gives a glimpse of other fun moments from the sets of Citadel. Sharing the video, she wrote, “And it’s finally a wrap! Thank you to everyone who made this mammoth task possible and fun. Thx Atlanta. See you next time. #Citadel“.

Priyanka Chopra has been shooting for her upcoming web series Citadel in Atlanta for the past few weeks. On Saturday, she shared the picture on her Instagram stories, in which we can see a note stuck on a vanity van that read, “Thank you for all your hard work and in helping us close the loop on this very ambitious undertaking. Having your expertise made it so much easier. Love and admiration, Priyanka.”

Sharing the image, she captioned it as, “It’s finally “almost wrap” on Citadel after 18 months! The heat is on in Atlanta and I couldn’t be more grateful for an amazing cast and crew but also ice cream!”. Check out the post below: 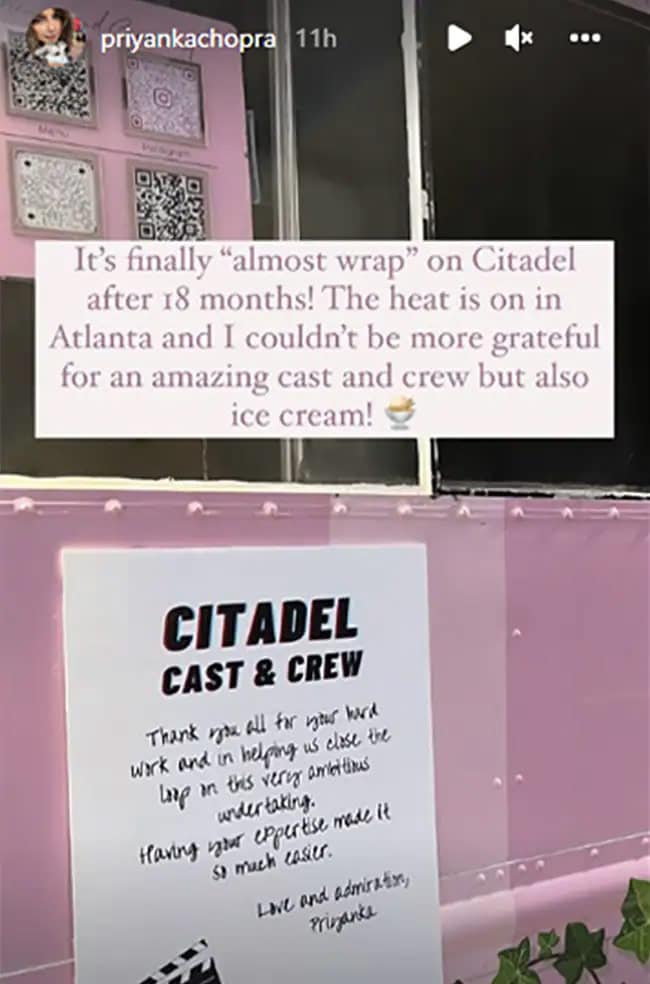 Citadel is a science fiction drama created by Patrick Moran and the famous Russo brothers. Apart from Priyanka Chopra, the series also stars  Richard Madden in the lead. The series will release on Amazon Prime Video, but the makers are yet to announce a release date.