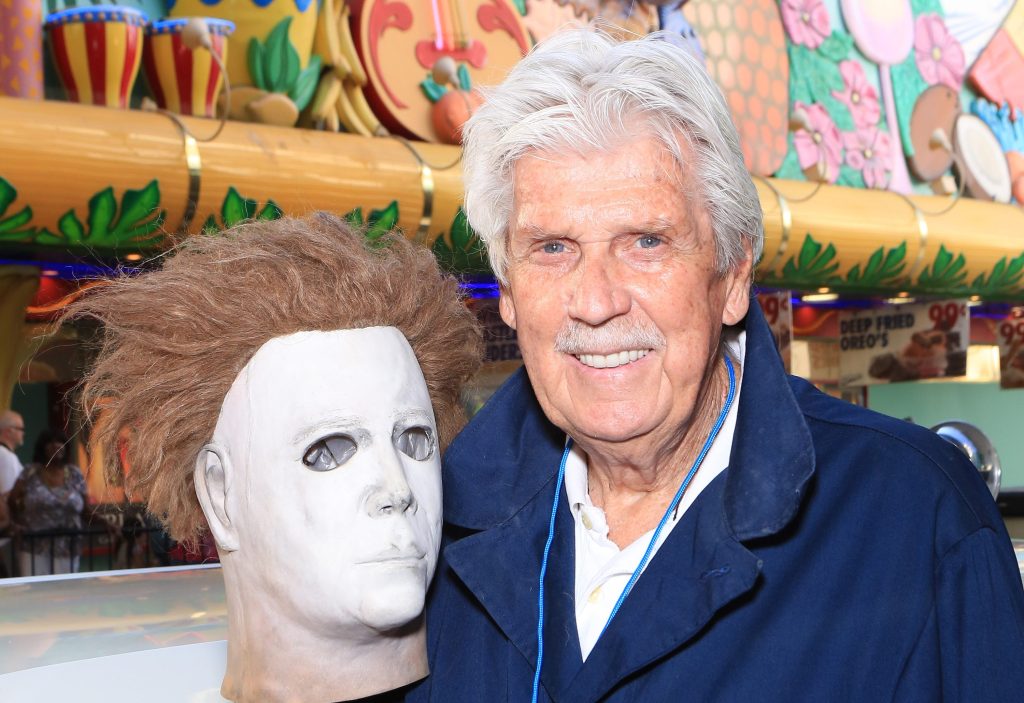 James Winburn, a prolific stuntman who doubled as the Michael Myers character – also known as “The Shape” – in iconic scenes of John Carpenter’s original Halloween, died Nov. 19 at a hospital in Los Angeles following a brief illness. He was 85.

His death was announced by his manager Peter DeLorme. A specific cause of death has not been disclosed.

With hundreds of stunt credits dating back to classic 1970s and ’80s TV action series including McLoud, The Six Million Dollar Man and The Bionic Woman, and films like The Poseidon Adventure, The Fog, The Stunt Man, Escape From New York and TRON, Winburn was perhaps best known in the horror fan community for his work in 1978’s Halloween.

Among his Halloween scenes, Winburn, wearing the Michael Myers mask, doubled for actor Tony Moran when the character, in a climactic sequence, was repeatedly shot by Donald Pleasence’s Dr. Samuel Loomis and fell to his (seeming) death from a balcony.

A stunt double for such stars as Peter O’Toole, Barry Bostwick, Stan Lee, Chevy Chase, George Hamilton, David Hasselhoff and many more, Winburn attended fan conventions around the world. Last month, Winburn attended the U.K.’s For the Love of Horror fan convention. Monopoly Events, organizer of the event, said in a tweet that Winburn “was an absolute pleasure” to work with.

Winburn had been scheduled to appear at this month’s Monster-Mania convention in Pennsylvania. “James was always appreciative of the Halloween fans and truly enjoyed meeting everyone,” organizer of the event said on Facebook. “Our sincere condolences go out to his family, friends and fans.”

Information on survivors was not immediately available.