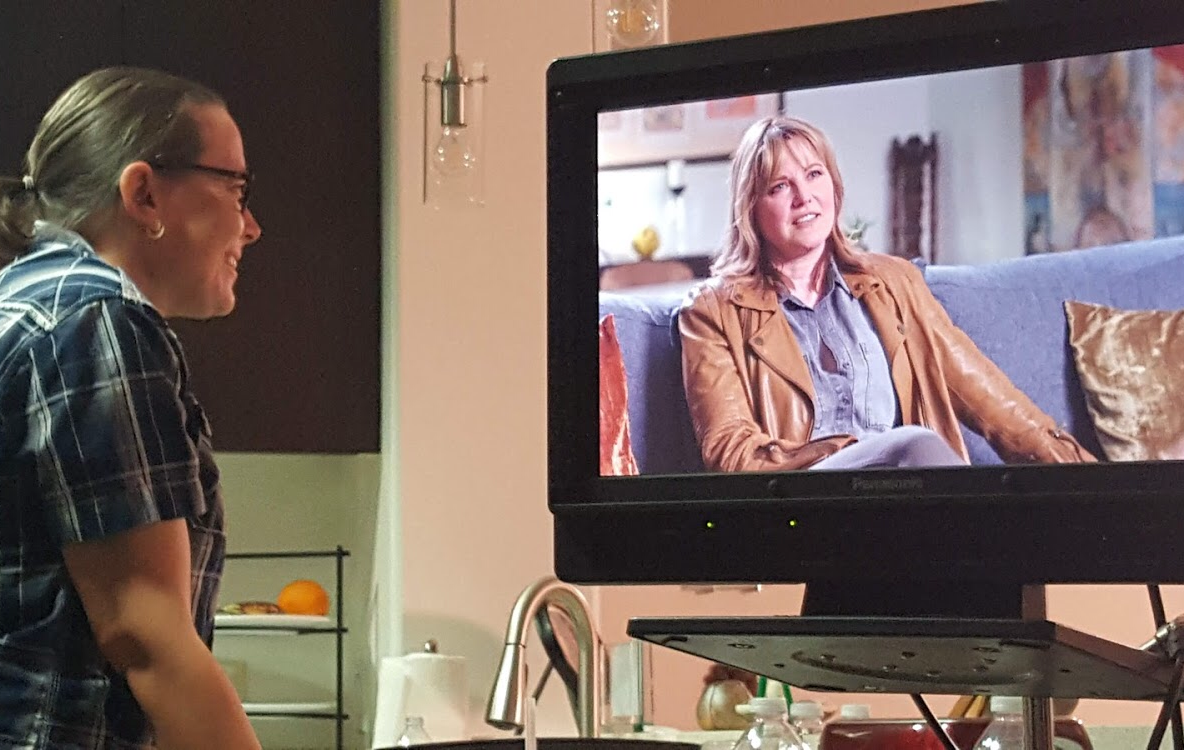 As anti-LGTBQIA+ attacks ramp up all over the country, it is more important than ever to pay attention to what LGBTQ people are saying in our own words. As the freedom to discuss the very existence of queer, gay, and trans people is rolled back in state legislators around the country, let’s remember that no fight against oppression is ever decisively won. These crowdfunding films by gay and bisexual women have a lot more to say than “gay”: they have thoughts and ideas about overcoming fear, advocating for yourself in the medical system, and what it feels like to see yourself on-screen for the first time.

In “Only the Lovers,” it takes the end of the world for Amy to come to terms with her sexuality and to go after what (and who!) she really wants. A poignant reminder that, despite all our steps forward, so many LGBTQ people face a battle without and within as they must overcome their own internalized homophobia and fear.

The end of a woman’s life is averted in “Graft” when a young woman advocates for herself within the American medical system. A mole waved off by a doctor turns out to be potentially deadly and the young woman impacted has to fight to be taken seriously. Based on writer-director Abby Burton’s personal story of surviving cancer in her early 20s, this short reminds us that it’s up to us to save ourselves.

And finally, as so many try to erase gay and queer people from our classrooms, “Feeling Seen” is a timely reminder about the power of media to show people they aren’t alone. This feature documentary started out as director Beth Ryne’s exploration of “Xena: Warrior Princess” and the impact the show had on an entire generation of queer women, and has morphed into a deeper look into the representation of queer women on-screen.

Remember, if our voices weren’t powerful they wouldn’t be trying to keep us quiet.

With a power-house team and a great roster of interviews, “Feeling Seen” offers an all-access look at the representation of queer women in television. Inspired by director Beth Ryne’s childhood experience of watching “Xena: Warrior Princess” and seeing something in Xena and Gabrielle’s relationship that spoke to her, this feature doc is a deep dive into the importance of feeling seen.

While queer women served as jokes and punchlines during their first TV portrayals, their characterization has evolved and so too have the fans of their shows. From “Xena” to “Orange Is the New Black” to “The Fosters” each depiction added to the conversation queer women were having with themselves about who they could be, who they could love, and what their lives could look like.

This project was disrupted because of COVID-19, but is back on track and ready to finish what was started. Join an L.A.-based team with deep routes in the entertainment industry to explore and celebrate how far depictions of queer women have come and where they can still go.

Learn more about “Feeling Seen” and donate on Seed&Spark.

“Only the Lovers” (Short) – Written and Directed by Jocelyn Koo

This short film includes a comet heading toward Earth, a lesbian wedding, and a second-chance romance. When Amy (Sarah Lilly), now an older woman, attends a wedding on the last day before the apocalypse, she runs into Patricia (Lauren Peterson), a woman she used to — and maybe still does — love. Amy truly has nothing left to lose as the world ends, except her illusions about herself.

As writer-director Jocelyn Koo writes on the “Only the Lovers” campaign page, “The characters make choices in this story because the comet headed towards them is a ticking bomb reminding them of their limited time on Earth. The comet is symbolic of the motivation it takes for people to change their lives and choose differently.”

Not every reminder of our short time on Earth comes in the shape of a comet, but there have been plenty of reminders to choose love over the past few years. As Koo says, “This story is important to me personally because I have fears and would like something to motivate me to show courage. I want this movie to be the push that I need.”

Learn more about “Only the Lovers” and donate on Indiegogo.

Sometimes reminders of our mortality are closer to home. In “Graft,” a young woman discovers a mole on her scalp and has to beg her doctor to take her seriously. Based on writer-director Abby Burton’s own experience with cancer in 2019, “Graft” is an exploration of the American medical system and the lengths women must go to be believed.

When Burton found a mole on the left side of her head, she begged her doctor to send a sample out for testing. She was told she was being “overdramatic” and cautioned to stay off the internet. But when the results came back, she had stage 2A invasive malignant melanoma, a fast-spreading form of cancer.

“Graft” is a film about a young woman just starting out in life and trying to figure out who she is and what she wants, who must instead fight for her very existence.

Learn more about “Graft” and donate on Kickstarter.

To be considered for Women and Hollywood’s crowdfunding feature, please write to wandhcrowdfunding@gmail.com. All formats (features, shorts, web series, etc.) welcome. Projects must be by and/or about women.