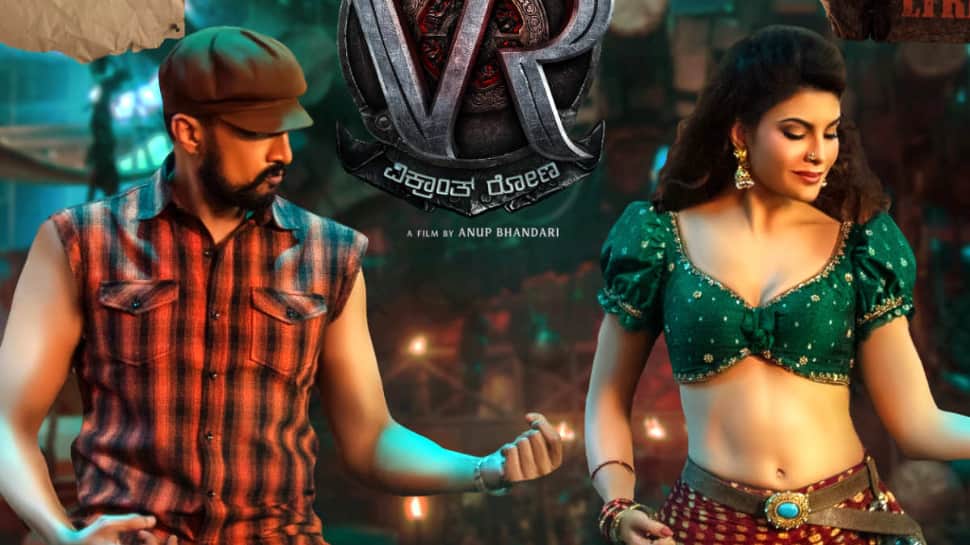 Mumbai: Ahead of the movie’s release on Thursday, the makers of “Vikram Rona” have released the video teaser of yet another dance number “Ra Ra Rakkamma”. The lyrical video of the song from the Kichcha Sudeep-starrer has already had party goers grooving to its beats.

Featuring the stunning Jacqueline Fernandez on its poster along with handsome hunk Kichcha Sudeep, the dance number promises a feast for the eyes with some trendsetting signature dance moves.

The song has vocals by Sunidhi Chauhan and Nakash Aziz while Shabbir has penned the lyrics.

The music from “Vikrant Rona” is turning out to be a hit among music lovers. From the lullaby song which portrayed the sensitive side of lead actor Sudeep, to “Hey Fakira”, the soundtrack has been impressive.

The makers had recently released ‘The Devil’s Fury’ video of “Gumma Banda Gumma” theme song from the movie that gives the audience a sneak peek into the mysterious world of “Vikrant Rona”.

‘Vikrant Rona’ is a multilingual action-adventure that will see a 3-D release in 14 languages across 55 countries.

Billed as an adventure-based mystery thriller, it is one of the most-anticipated movies releasing this year. After Yash-starrer “KGF: Chapter 2”, it is the second Sandalwood industry offering to be made for pan-India audiences.

The movie is presented by Salman Khan Films, Zee Studios, and Kichcha Creatiions in north India, and produced by Jack Manjunath under his production Shalini Artss, and co-produced by Alankar Pandian of Invenio Origins. The film will be distributed in north India by PVR Pictures.