Radhika Madan reacts to getting trolled for black bralette look, says, ‘Nobody can tell me what to wear’ | People News 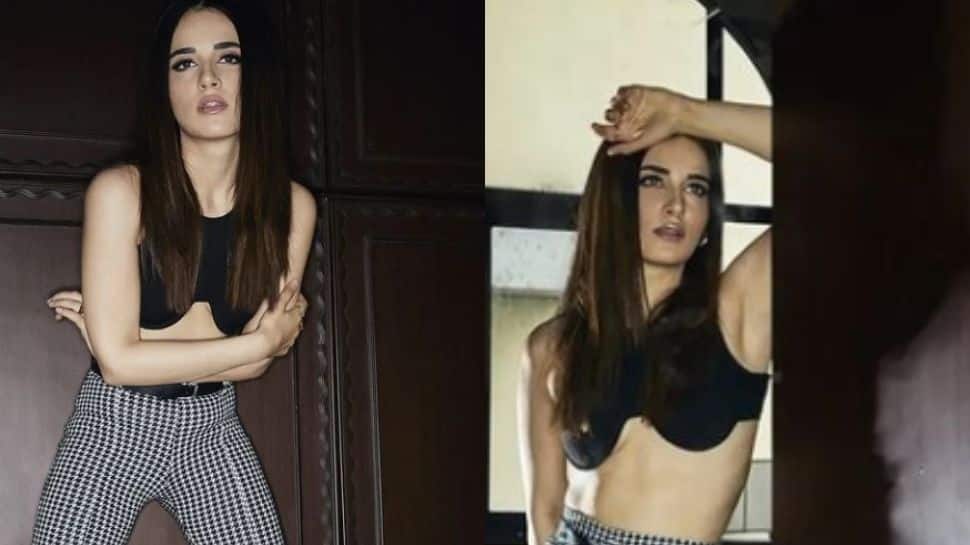 New Delhi: Bollywood actress Radhika Madan opened up on getting trolled for her fashion choices on social media in a recent interview. Earlier, this month, the actress was criticised for her clothing when she stepped out to promote her upcoming film ‘Shiddat’ with co-actor Sunny Kaushal.

She had donned a custom made black bralette by Jaywalking and Bershka chequered pants. The actress had even shared pictures of her OOTD on Instagram.

However, she was brutally trolled for her style statement as netizens were not happy with her outfit.

Speaking about the trolling she endured, she told News18, “I remember putting the photographs on my social media in the evening and the next morning I saw all the messages but honestly, I wasn’t bothered about what the trolls have to comment. I love what I was wearing and if someone did not like it, it is their opinion. It is my body and if I feel confident, I will wear whatever I like. Nobody can tell me what to wear, how I look, whether I’m pretty or not. I know how I look and I believe in it.”

In the same interview, Radhika also spoke about her journey in Bollywood.

She said, “I was a nobody when Vasan sir (Vasan Bala) or Vishal sir (Vishal Bharadwaj) cast me in Mard Ko Dard Nahi Hota and Pataakha (respectively). Dinoo (Dinesh Vijan) gave me an opportunity with Angrezi Medium so I cannot complain. I am just grateful for the faith they have shown in me. I feel grateful every single day. I don’t take even a single day for granted.”

On the work front, Radhika was first seen in the TV show Meri Aashiqui Tum Se Hi and later made her Bollywood debut with Vishal Bhardwaj’s Pataakha.

She has worked in films like Mard Ko Dard Nahi Hota, Angrezi Medium. Recently, she was seen in Vasan Bala’s Spotlight from Netflix anthology Ray.

The actress will next be seen in Kunal Deshmukh’s ‘Shiddat’ along with Vicky Kaushal’s brother Sunny.