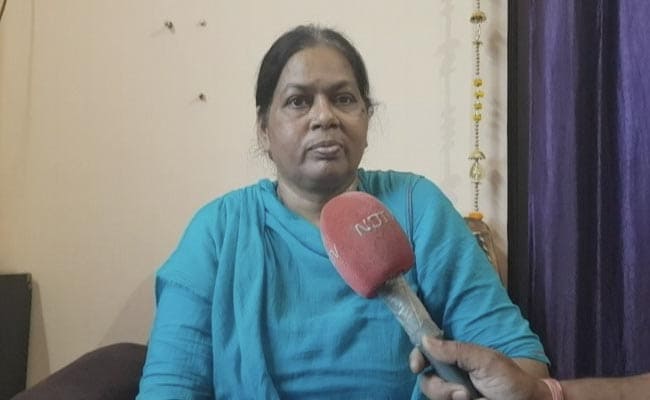 A 48-year-old woman stood alone in front of a mob that tried to attack some 15 men, most of them Muslims, who had rushed into her shop for shelter amid riots in Rajasthan’s Karauli on April 2.

People in this town are talking about Madhulika Singh, a widow with two children, who has been running a garments business for the last five years since her husband died.

A procession to mark the Hindu New Year, or Nav Samvatsar, had just passed through the market where she runs the shop. Trouble started when the procession entered an area where many Muslims live.

The police have said the procession played sensitive slogans on a loudspeaker. Soon, there was violence and stone-pelting, the police said.

Ms Singh said she heard people shouting and sounds of shop shutters being hurriedly pulled down. She stepped out to see what was happening. She said she saw people from the shopping complex trying to run away, only to be confronted by people on the streets, who by now had started setting some shops on fire.

“I saw people running, shutting down their shutters because they said riots have broken out. I locked the gate of this shopping complex and told them not to worry. I saved them because above everything else it is humanity that matters,” Ms Singh said.

Some 15 men came running for shelter in her apartment, which is on the top floor of the shopping complex. The men told her they were scared and unable to decide whether to leave or stay put, according to Ms Singh.

The mob tried to break in, but Ms Singh stopped them.

Mohammad Talib and Danish are among the 15 who the woman allowed to take shelter. The two men said Ms Singh gave them tea and water.

“People were running everywhere. Mobs with sticks, some looting shops. But Madhulika didi saved us. She said don’t worry,” Mr Talib said. “For year, this market has been running with shops and businesses that belong to both communities,” he added.

Ms Singh’s brother, Sanjay, soon arrived at the apartment to pick up his daughter from tuition. “We gave them tea and water and did not let them leave till things had calmed down. Of the 15-16 people who my sister gave shelter, 13 must have been Muslims,” Sanjay said.

The clashes in Karauli have led to a battle between the BJP and the Congress, with both parties alleging each one is responsible. The people in the town, however, have told the politicians not to spoil the atmosphere and they want to live in peace.

“Hindus and Muslims have done business together for years in this market. We don’t want a situation where there is distrust and divide among people. We want peace and brotherhood to return,” Karauli Sadar Bazaar Market Association chief Rajendra Sharma said.