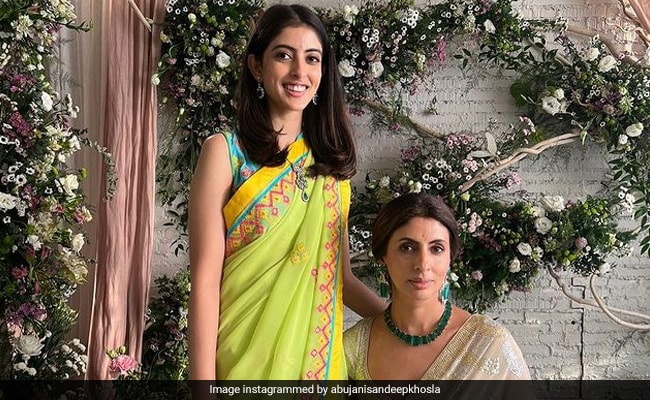 The Kapoor clan turned out in full strength and dressed in their best for Ranbir Kapoor and Alia Bhatt’s wedding on Thursday. As the guests were driven into the wedding venue, cameras photographed Navya Navelia Nanda in the front seat of a car with her parents Shweta Bachchan and Nikhil Nanda in the back. Nikhil is Ranbir’s cousin – his mother Ritu Nanda and Ranbir’s father Rishi Kapoor were siblings. Shweta and Navya Naveli both wore sarees designed by Abu Jani-Sandeep Khosla who shared photos on their Instagram.

Shweta Bachchan wore a pale vintage-style saree, Navya Naveli’s was lime green with touches of blue, red and yellow. “Timeless style. It runs in the family,” read the caption of the post shared by Abu-Sandeep who are the Bachchans’ favourite designers.

A second post showed off Navya Naveli Nanda’s saree, described by the designers as “A burst of summer.”

The Nandas also attended Ranbir Kapoor and Alia Bhatt’s mehendi on Wednesday. Navya shared a picture of the mehendi pattern on her hand – a peacock design. 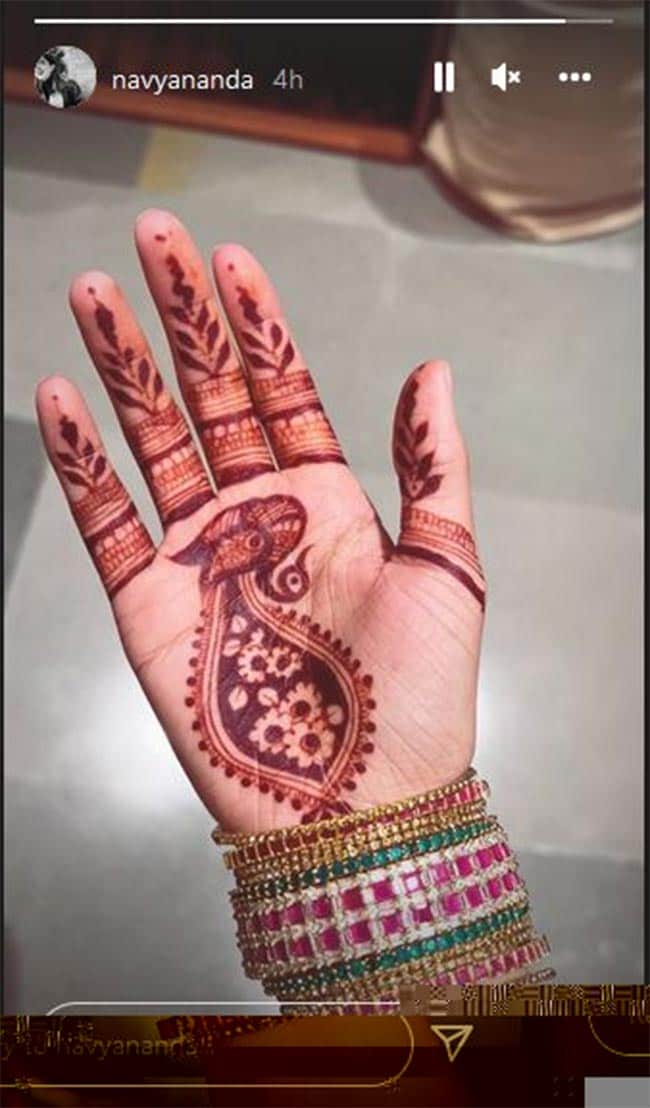 Navya Navei, Shweta Bachchan and Nikhil Nanda were on a very select guest list that was made up mostly of family and a few close friends, among them Akash  and Shloka Ambani, Karan Johar and Ayan Mukerji. The wedding festivities were held at Vastu, the apartment complex where Ranbir and Alia live in Mumbai. The media were not allowed in but guests were photographed and filmed at as they drove into the wedding venue. 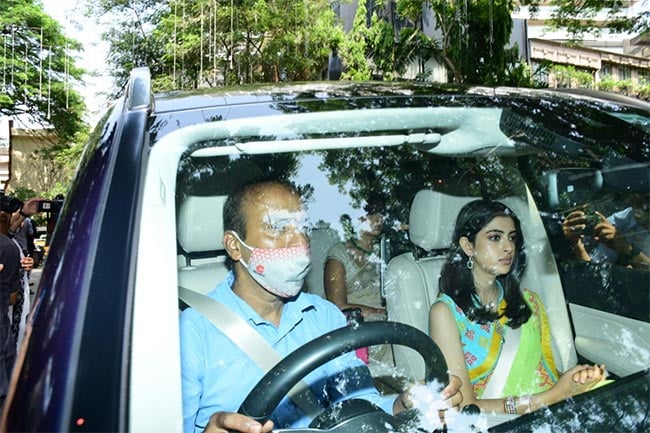 Navya Naveli and Shweta Bachchan pictured at the wedding venue

Ranbir Kapoor and Alia Bhatt dated for five years after being cast together in Ayan Mukerji’s film Brahmastra, which releases this September.