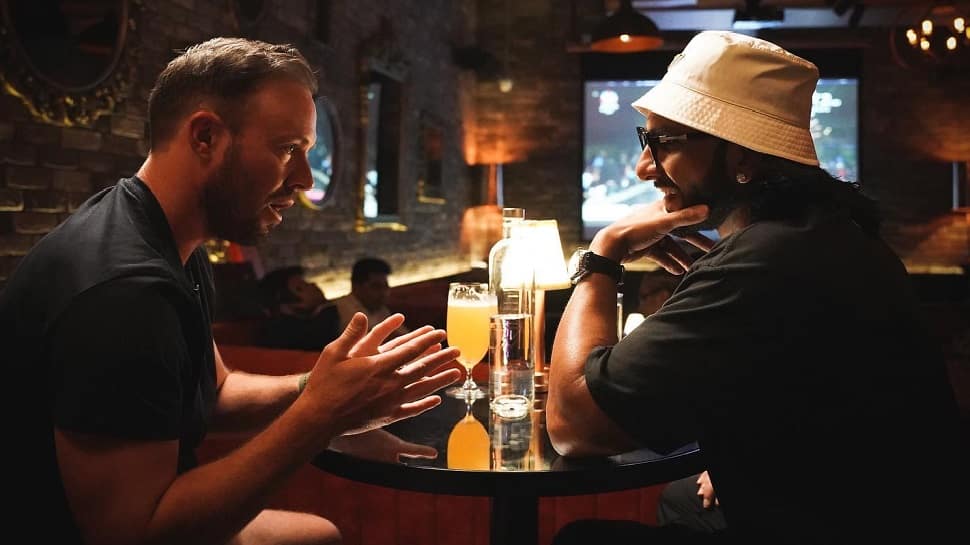 In the pictures, the duo could be seen having a casual conversation inside a restaurant. Although it is not clear what was the reason for the meeting and what will come out of it. Their fans seem excited to see Ranveer with de Villiers for an exciting project.

Soon after the `Padmavat` actor shared the post, fans flooded the comment section with red heart and fire emoticons. “What an amazing duo,” a fan commented. Another fan wrote, “King meets kingg”.Recently, de Villiers also met legendary Indian cricketer Sachin Tendulkar and the pictures of the two got viral on social media.

Talking about Ranveer`s work front, he will be next seen in director Rohit Shetty`s upcoming comedy film `Cirkus` opposite Jacqueline Fernandez and Pooja Hegde.

The film marks Ranveer`s first double role of his career and is slated to hit the theatres on the occasion of Christmas 2022.Apart from that, he also has director Karan Johar`s `Rocky aur Rani Ki Prem Kahani` alongside Alia Bhatt, Dharmendra, Jaya Bachchan and Shabana Azmi in his kitty.

Talking about de Villiers`s career, he has played 420 international matches, in which he has scored 20,014 runs at an average of 48.11. 47 centuries and 109 half-centuries have been scored by the batter with the best individual score of 278*.