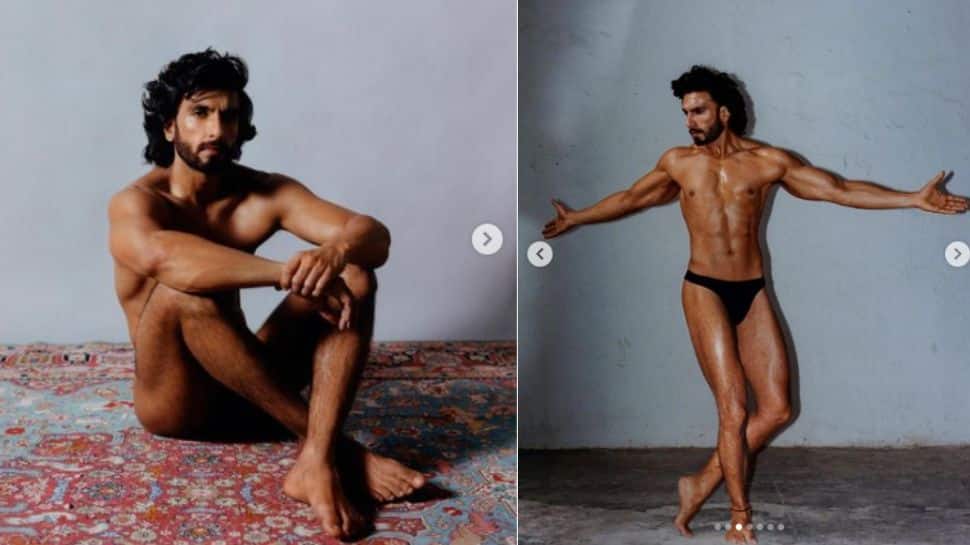 New Delhi: Bollywood star Ranveer Singh has been invited by People for the Ethical Treatment of Animals (PETA) India to do a nude photoshoot for them after pictures from the actor`s recent similar photoshoot created quite a buzz.The organisation wants Ranveer to promote veganism through their campaign with the tagline `All Animals Have the Same Parts – Try Vegan`. Reportedly, the actor turned vegan for his role in the upcoming film `Rocky Aur Rani Ki Prem Kahani`.

Previously, former `Bigg Boss` contestant Pamela Anderson, famous for her support of PETA India and animal rights, starred in a similar campaign released by PETA India. “Just like humans, animals are made of flesh, blood, and bone. They have emotions and unique personalities, feel pain, and want to live with their families – they do not want to die,” said PETA India Vice President of Celebrity and Public Relations Sachin Bangera, in a statement. Talking about Ranveer, he added, “Having given healthy vegan eating a go, Ranveer Singh is the perfect candidate to encourage others to try vegan, too – for animals, their own health, and the planet.”

Ranveer With this opportunity would join vegetarian and vegan celebrities like Anushka Sharma, Joaquin Phoenix, Kartik Aaryan, Natalie Portman, and many others who`ve teamed up with PETA India or other PETA entities to promote healthy, humane, meat-free meals. Meanwhile, Ranveer had recently created quite a stir and also got in trouble for his nude photoshoot. The images from his photoshoot for Paper Magazine were posted online on July 21.In the images, Ranveer is seen wearing no clothes.In one of the pics, he was lying on a rug naked recreating Burt Reynold`s famous photograph. Following the photoshoot`s release, complaints were filed against the actor for hurting sentiments.

On the work front, Ranveer was last seen in Netflix`s interactive special `Ranveer vs Wild with Bear Grylls` which received a positive response from netizens all over the globe.As far as films are concerned, apart from `Rocky Aur Rani Ki Prem Kahani`, he will next be seen in Rohit Shetty`s next directorial film `Cirkus` with Jacqueline Fernandes and Pooja Hegde. The film is slated to release on the occasion of Christmas 2022.