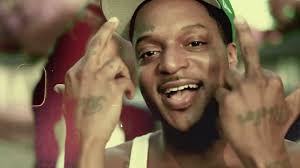 Chicago rapper FBG Cash, whose music focused on money, violence, and threats against challengers, was shot and killed in Chicago early on Friday.

ABC7 Chicago reported that the rapper, real name Tristian Hamilton, suffered multiple gunshot wounds while sitting in his vehicle in a Chicago neighborhood. The shooters were in a four-door black sedan. They reportedly stopped, got out, and opened fire on the FBG Cash vehicle. They then drove away from the scene.

The unidentified 29-year-old female victim sustained gunshot wounds to the left arm and upper back, according to ABC7 Chicago. She was transferred to Advocate Christ Medical Center and is now in critical condition.

FBG Cash had several gunshot wounds to his body. He was transported to the same hospital, and was pronounced dead there.